Political leaders away from helpless people 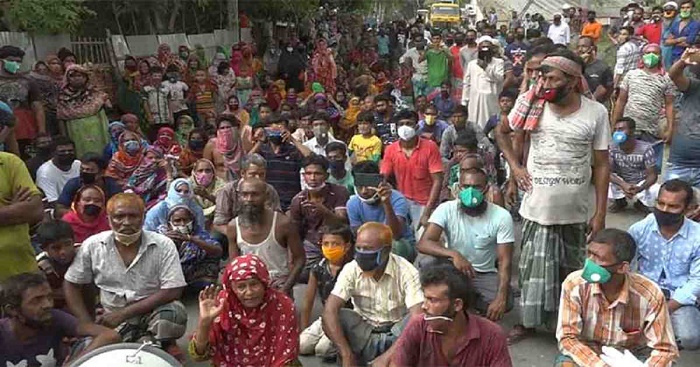 A large number of political leaders belonging to different political parties including the ruling Awami League are far from coming forward to help the people in need during this current pandemic.

Prime Minister Sheikh Hasina has already unveiled the government work plan to overcome the possible COVID-19 impact on the country’s economy, declaring an allocation of Tk727.5 billion (Tk 72,750 crore) under a set of stimulus packages.

Talking to daily sun, some eminent citizens said political leaders said the political leaders should come forward during the crisis and stand beside the helpless through financial and other supports as per their capacity at least in their respective areas across the country.

But unfortunately, most political leaders appear to be inactive.

Some 4023 aspirants collected nomination forms from Awami League to contest the post of lawmakers, some 4,580 from BNP and hundreds more from Jatiya Party and other political parties of the country. A total of 3056 candidates submitted their nomination papers across the country to contest the last general election.

Besides, thousands of political leaders and businessmen and professionals collected nomination forms to contest different local government elections including the city corporations, upazila parishad, municipality and union parishad elections in the last few years across the country, but many of them are not playing a dynamic role during this pandemic situation.

Talking to daily sun, activists of different political parties from several districts of the country including Dhaka city said a large number of leaders of political parties including Awami League, BNP and Jatiya Party are not helping people including the poor and the helpless during the covid-19 situation.

However, a few leaders of different parties including the Awami League are exceptional and they are extending support to the poor people during this crisis.

Directorate General of Health Services on Monday said 7 people died and 497 were infected in the past 24 hours.

A total of 4,192 people have been detected and 152 died so far across the country. The country recorded the first detection of coronavirus on March 8 and first death from Covid-19 on March 18.

Political analysts also said leaders of the opposition parties of the country should stand by the people.

BNP senior joint secretary general Ruhul Kabir Rizvi told daily sun, “As per capacity, BNP, its front and associate organisations, including their professional bodies, are standing by the country’s helpless and destitute people by providing food and necessary protective kits.”

Insiders from different opposition parties including the BNP said actually, leaders of the parties are not much interested in spending money for the helpless people.

Jatiya Oikya Front leader Reza Kibria, general secretary of Gono Forum, claimed that as per their capacity the party leaders are distributing foods and other necessary goods among the helpless people.