'Safety net must get priority in next budget' 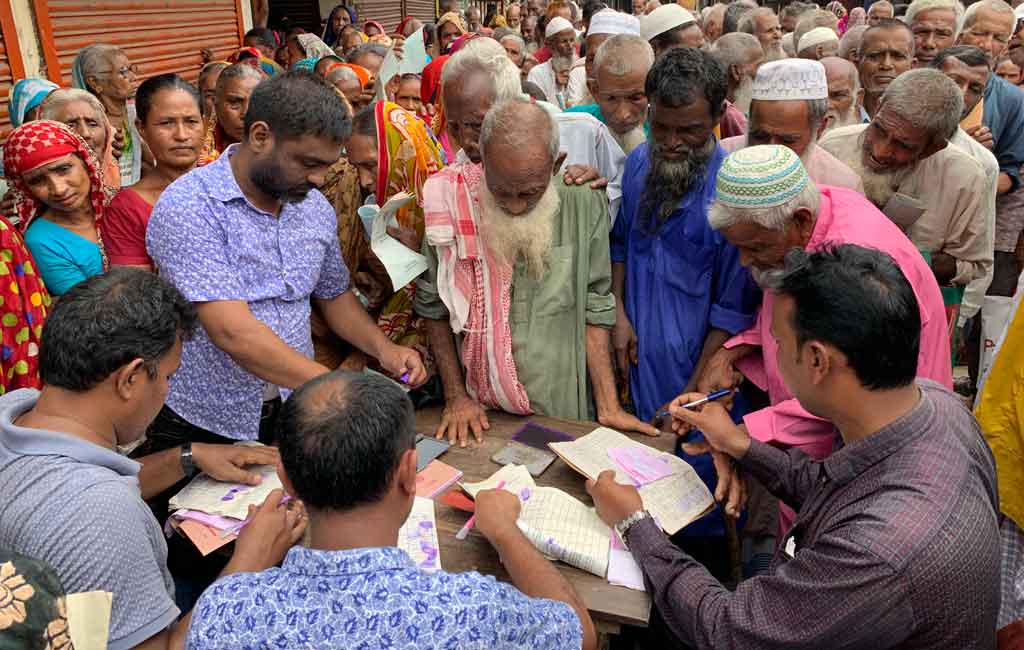 The social safety net coverage should be widened with special programmes in the upcoming fiscal policy to help the disadvantaged population cope with the impact of corona pandemic, economists opined.

The government is scheduled to announce the new fiscal budget in parliament on June 11 focusing on expanding the social safety net programme and strengthening the health sector, although the process for budget preparation has been badly affected by the corona outbreak.

Talking to Daily Sun, eminent economists and development professionals said the number of poor in the country may increase after the pandemic as many people of lower middle income would slip through the poverty line due to lack of work.

Former Bangladesh Bank Governor Prof Aitur Rahman said the upcoming budget will need to address the needs of the country to cope with the challenges created by the coronavirus crisis.

“The first priority should, of course, be redirecting a huge amount of public expenditure for the health sector which has been perennially neglected over the years. The next priority should be revamping of social safety net based on the national social security strategy which has already been approved by the government,” Prof Atiur Rahman said.

The one million (half already existing and another half on the way) ration cards given to those who could buy rice at Tk 10 per kilogram should be included in this database as well.

Economists further recommended for complementing the database with a mobile financial services account number for each of the beneficiaries---this can be a transparent source of cash-based social safety net transfers as well.

Prof Atiur further mentioned that the eighth Five Year Plan has to be reorganized to focus more sharply on public health expenditure and social protection measures for the vulnerable population.

The ongoing pandemic has also been a great educator for the budget-makers. Hope they have learned enough lessons from this human disaster, the former BB governor said.

“It’s not enough to allocate a percentage of the fund to manage the impact of corona pandemic. Besides, the policymakers should outline specific programmes to address the new tires of poor who dropped from lower-middle-income level due to the situation,” Prof Hossain Zillur Rahman told the Daily Sun.

He also further recommended multispectral discussion to design specialized programmes according to need-based assessment for ensuring sustainable impact for the society.

In the outgoing fiscal year, the government set aside Tk 743.6 billion or 14.21 per cent of the total budget covering 7.74 million people under social safety net programmes with the objective of slashing poverty and discrimination.