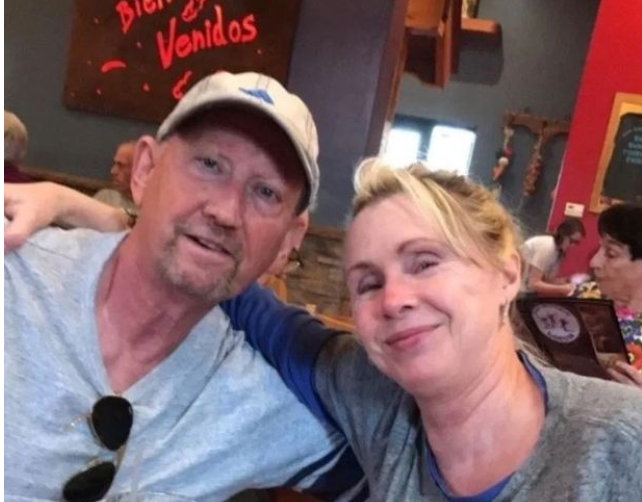 A man died after drinking fish tank cleaner, believing it was a malaria drug that could potentially beat coronavirus.

Gary Lenius and his wife Wanda, both in their 60s, drank chloroquine phosphate last month after confusing it for hydroxychloroquine - a drug previously touted by Donald Trump as a potential cure to treat Covid-19.

Gary, a retired mechanical engineer living in Arizona, died on March 22 and his wife was left in critical condition after ingesting the toxic chemical.

The man's wife said she had watched televised briefings during which President Trump talked about the potential benefits of chloroquine.

Wanda told NBC that she and her husband took a teaspoon of fish tank cleaner - that they kept in the house to treat their koi fish - mixing it with soda, hoping it would protect them from contracting the coronavirus.

"We saw his [Trump's] press conference. It was on a lot, actually. Trump kept saying it was pretty much a cure."
Wanda added: "I was in the pantry and I saw it sitting on the back shelf and I said 'hey isn't that stuff they were talking about on tv'."

However, within 20 minutes of taking the substance, she said both of them became extremely ill, at first feeling "dizzy and hot."

She added: "I started vomiting. My husband started developing respiratory problems and wanted to hold my hand."

Wanda said she called 911, but her husband died shortly after arriving at the hospital.

She added: "Don't believe anything that the president says and his people, be so careful. Call your doctor."
Dr. Daniel Brooks, medical director of Banner Poison and Drug Information Center, said in a statement: "Given the uncertainty around Covid-19, we understand that people are trying to find new ways to prevent or treat this virus, but self-medicating is not the way to do so."

Gary, who worked as a senior engineer at John Deere in Iowa, was "beloved by everyone", his wife said.

Friends of the 68-year-old man described him as "genuine", "patient" and "human".

One told The Washington Free Beacon : "Every now and then you meet somebody that is kind, genuine, patient, intelligent, helpful, sincere, and friendly, and you know right away you like this guy."
Referring to hydroxychloroquine, Gary's wife said: "They kept saying that it was approved for other things."

The drug had previously been approved by the US Food and Drug Administration as an anti-malaria treatment.

However, experts have warned there is no proof that the medicine kills Covid-19.
This week, Donald Trump has been slammed after suggesting ultraviolet rays or "disinfectant injections" could be possible treatments for coronavirus.

His comments were described as "irresponsible and dangerous" by medical experts following his speculation in front of reporters at the White House on Thursday.

Trump said: "Supposing we hit the body with a tremendous... whether it's ultraviolet or just very powerful light.