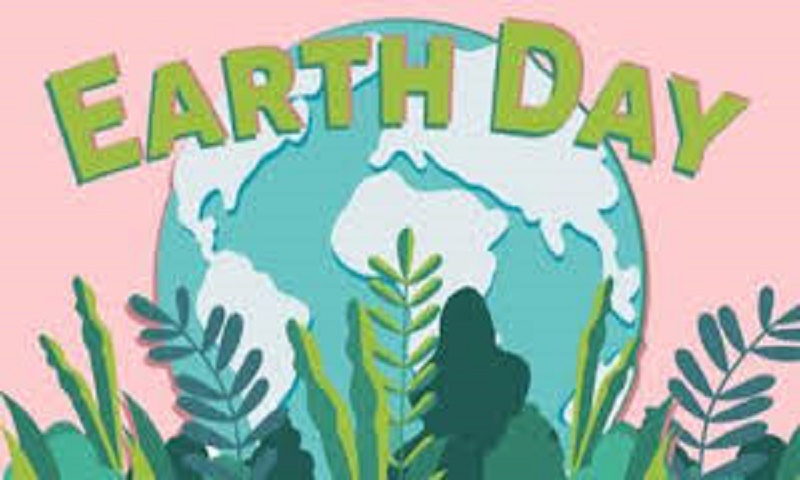 On 22 April 2020 the World will celebrate the 50th anniversary of but this year Earth Day goes digital, because of an outbreak of pandemic disease. The theme for Earth Day this year is ‘climate action’. On April 22, 1970, approximately 20 million Americans participated in a national rally and protests against environmental deterioration. Since then, the Earth Day has been celebrated on April 22. The purpose of the day is to raise awareness about environmental issues and also to bring together different groups who are fighting separately against issues like oil spills, pollution from factories, power plant, sewage, toxic dumps, pesticides, air pollution and other environmental problems.

Current pandemic disease from coronavirus is an immediate threat to humankind, but the slowly building disaster for humanity is the climate change. Also different types of virus can emerge from climate change near future. Rising temperature is melting glacier and permafrost, which is releasing ancient microbes. Today’s humankind has never been exposed to such microbes and as a result has no resistance to it.

What climate action we can think today? Humankind shapes their future through the process of innovation. Different inventions have driven our economic development. History suggests that since the middle of the 18th century, different waves of innovation driven by new technologies have progressed in the Earth. Each wave of progress last approximately 50 years. The first wave of innovation was water power. Water powered machinery transformed the textile manufacture and led to the industrialisation of work previously done by individual workers. The second wave of innovation emerged when we saw that the water was superseded by coal-fired steam engines. They drove the manufacturing industries and long distance transport. This led to the rapid expansion of global trade. The third wave of innovation was the electrification and the rise of internal combustion engine. Electric power transformed the world and internal combustion engine revolutionised the transport system.

One of the climate objectives is to limit global warming to less than 2 degree centigrade and aim for the more challenging limit of 1.5 degree centigrade. In order to achieve this, the present pattern of carbon intensive economic development needs to be shifted to low carbon growth. In this respect, I can cite some examples of the sixth wave of innovation known as Biomimicry. It is the process of mimicking nature. For example, termites cool their mounds by using vents to circulate air. Architect in Zimbabwe has developed an air  conditioning system that is modelled on these termite moulds. It uses minimum electricity, which drastically reduced carbon emissions. Just mimicking the nature 90 per cent of the energy has been saved in running an air conditioning system. One can see this at the Eastgate Centre, Harare, Zimbabwe.

Another example is the Japan’s Shinkansen bullet train. The front part of the train was designed by taking inspiration from the shape of a kingfisher bird’s beak to make it more aerodynamic. The resulting design made the train movement quicker and consumed 15 per cent less electricity and also goes 10 per cent faster than it was before. Biomimicry in design is now used by architect around the world. The new wave of innovations has enabled the development more sustainable by reducing energy use and emission.

In his recent email to all climate leaders including me, former US Vice President Al Gore mentioned that “I know that the lessons we’re learning right now about community perseverance and resiliency are going to serve us as we confront the existential threat of the climate crisis.” So, good things such as community spirit will come out from the current pandemic crisis. I hope we will overcome and recover from the coronavirus. Life will return to normal through our stubborn optimism and transformative mindsets but we should not allow the business as usual scenario for the planet. The intentional direction of our mindset should be towards optimism, towards regeneration instead of extraction and towards circular economy instead of linear one.

We should remember that our environment is a ‘life support system’. It is a source of immediate sustenance. We should not forget that there is a limit to any growth in this environment, as suggested in 1972 by the report commissioned by the think tank, known as Club of Rome. Two basic conclusions from the report is that-environmental problem is interrelated. Solving one problem might create another problem. The second conclusion is that the technological solution can prolong the growth, but the ultimate limits to that growth represented by the finite Earth remain.

Above all, the only thing that we have in common is the Earth. In order to implement any climate action on Earth we require a transformative mindset. This mindset is not the result to be achieved rather a necessary input to achieve a result. Leo Tolstoy said, ‘one of the first conditions of happiness is that the link between man and nature shall not be broken.’ So, when we think about sustainable development, we should not forget our link with nature.