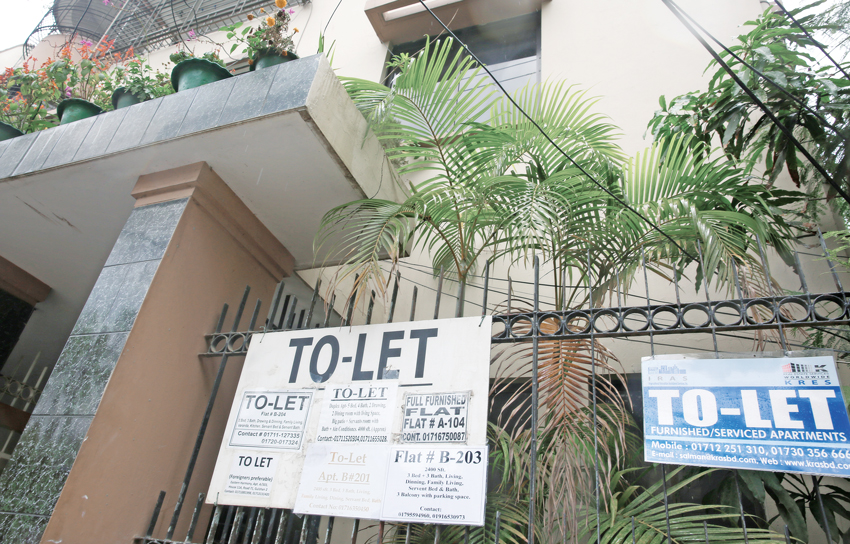 Tenants in the capital are worried about paying the rents for the running month as the COVID-19 pandemic has compelled them to remain at homes, resulting in zero income.

Besides the rents, utility bills have also appeared as a major burden as they do not have any income for the two months.

Institute of Epidemiology, Disease Control and Research (IEDCR) in the first week of March detected three coronavirus cases in Bangladesh while the country reported the first coronavirus death on March 18.

Since the detection of infected patients, many tenants, mostly middle class and low-income group are in deep trouble as their source of income marked a sharp fall.

Talking to the Daily Sun, a number of tenants urged the government for taking an initiative so that they can get relief of the rents and utility bills.

Besides the government, they also seek generous support from the owners to consider the rent on humanitarian ground.

At least, exemption of half rent and bills of utility services for one or two months may be a solution for them or they would have to suffer greatly, they said.

Tens of thousands of tenants have been living in those houses and compelled to remain at homes amid the ongoing general holiday announced by the government to check the spread of the deadly virus.

Ferdous Ahmed, an employee of Cambridge Market, a readymade garment shop at Gausia Market, told the Daily Sun that some 62 employees work in the shop and its warehouse.

Each draws salary between Tk 5,000 and Tk 20,000 on an average. But none of them was given the salary of March till date.

“I draw Tk 12,000 monthly. I pay Tk 5,500 as house rent with the electricity bills. We do not know whether and when the salary will be given. But the house owner has already been asking for the house rent,” he said. “I can not find any alternative. What should I do under this circumstance?” the helpless employee said, adding that the government should take an initiative so that the owner may consider the rent for the running month.

Hasan-bin-Amir, proprietor of Nakshi Trading Corporation on Ashrafabad Road at Kamrangirchar, has said that he has to pay Tk 12,000 as shop rent and Tk 7,500 as house rent.

“I do not have any income from March. I do not know what I should do. If the rent of April is exempted, it will be a great help for me,” he said.

He pays Tk 10,000 as shop rent but has not earned that amount for paying the rent.

He demanded that the government should ask the owners of the market to consider the rent for April.

Mohammad Rubel, proprietor of Jerin Fashion, on the third floor of Gausia Market, pays Tk 55,000 as shop rent every month with salaries to nine employees.

“The shop has remained closed for about a month. But the salary of March is being asked. I do not know, how I can pay the salary and the rent of my shop,” he said.

“If the shop rent is exempted at least for a month, it will be very helpful for me along with other tenants of the market,” he said.

He also urged the government to exempt the electricity and gas bills at least for a month.