COVID-19 and Two Sides of Humanity 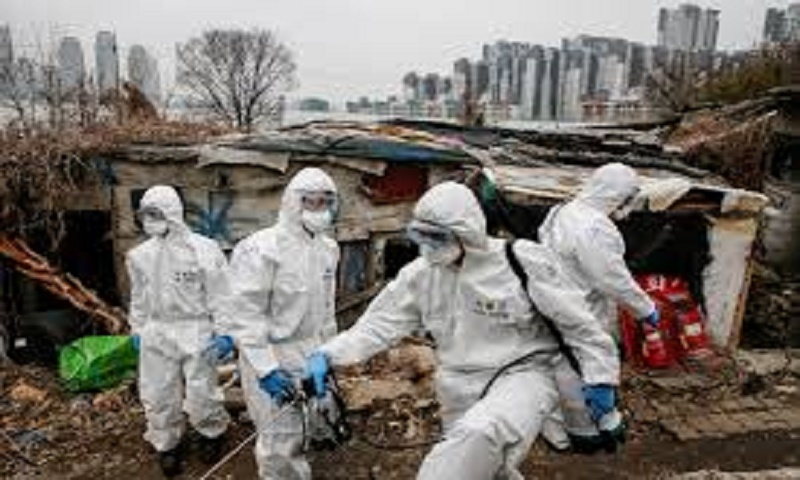 The ongoing global COVID-19 (Corona) pandemic has brought out two different sides of humanity around the world. When the pandemic broke out in China last December, every country thought it was China’s problem and they need not be worried. Some world leaders, including US President Donald Trump, brushed it aside saying that it was nothing more than common flu. Neither developed nor under-developed countries took any proactive measures to handle the situation. Once the virus crossed the borders of China, every nation was bewildered, even at a loss as to how to tackle the situation. The epidemic stormed into country after country so rapidly that people were at a loss to keep up. This later was identified as happening because more people are travelling today within and outside the country. To make matters worse, till now no medication, no vaccine has been discovered to administer to those infected and, as of Friday, about 2.15 million  people have been affected around the world – of whom one hundred and forty four thousand have died. In countries like the UK, Germany, Italy, Spain, Iran and there US there have been more deaths than the morgues can handle and the US virtually ran out of body bags. In some countries, old people were left to die in their own homes or in care homes. Only the stench of the decomposing bodies signalled that someone was dead. It is an extreme example of how humanity and human dignity have been allowed to decompose as well.

In every country there have been people who will be remembered in history for their heroic deeds in the face of this pandemic. However, there will also be people who will be condemned for their inhuman behaviour towards others who needed help from health care services to food and, also, shelter in this critical time. Modern-day hospitals and health care systems were not made to handle something like the COVID-19 pandemic and so, when it arrived, virtually every country was unprepared. When the first patients turned up, it was the doctors and other health care professionals who were exposed and, in many cases, they did not have basic protective gears. As the virus is highly contagious, a couple of hundred doctors and health workers have already died handling virus-infected patients in different countries. They are the unsung heroes of our time. It has happened again and again in China, Germany, US, UK and other countries, including Bangladesh.

Here, the events are of a different nature and problems are of a different kind – in fact, often unique. The pandemic came to Bangladesh two months after it took hold of Hubei province in China. Bangladesh, like many other countries, was unprepared. The Health Ministry was caught napping and, later on, whatever they tried to do lacked professionalism and coordination. Their reactive and lacklustre approach to the problem exposed their inefficiency. The Prime Minister as usual had every good intention to face the challenge and lead the nation from front in this hour of need but her key aides seem to have failed her miserably. In no country has the government been so generous in announcing incentive and assistance packages to different professionals and economic sectors, including agriculture, export-oriented industries, different professionals who are at the forefront of handling the crisis and people who depend on their daily income for the maintenance of their family. Her humanitarian gestures have been hailed by everyone,

However, everyone is also dissatisfied with the people entrusted to implement her open-handed financial and other benefits to those for whom they are meant.

Tons of food grains and other essentials have been allocated for the poor as well as those who are usually able to earn in normal times but, because of the lockdown, are also running short of daily supplies. The Prime Minister did not forget them. And she did not stop here. She also sent food and medicine supplies to our expatriate workers in the Maldives and doctors to Kuwait. It was decided that these free benefits, meant for people in Bangladesh, would be distributed through government officials and public representatives. From Union Council members to local Members of Parliament, there are more than seventy thousand such officials and public representatives. Most of these people are doing their tasks diligently and in a transparent manner but, unfortunately, a few, whose number may not exceed a hundred, are cheating people while distributing assistance. Some of them are selling on the black market the goods meant for free distribution. Transparency in distribution is totally lacking too and making news headlines, discrediting the Awami League-led government. One has to realise that one such villain is too many and they must be summarily punished. This can begin with detention for six months before trials can begin. However there are valid reasons to believe that in some of the cases there were pre-planned attempts to frame up people on false pretext to discredit the government.

Sheikh Hasina at the moment is facing a problem similar to that faced by her father, Bangabandhu Sheikh Mujibur Rahman, in 1973 and 1974. It was a difficult time for all countries around the world following the Arab-Israel War of 1973 (Yom Kippur War), when Arab nations abnormally hiked the price of oil, erroneously thinking it would only hit western economies which helped Israel during the War. Oil is a commodity that is consumed all across the world though, including the war devastated and impoverished new nation of Bangladesh. The country had three successive lost harvests due to floods and there was no money to buy any food. Besides, most countries did not have enough to sell. Countries like Australia and the former Soviet Union came up with some food aid, which the government tried to distribute through local public representatives, like Union Council Chairmen and Members as relief. Unfortunately, in most cases, the people entrusted with distributing relief sold it on the black market or hoarded it and only a small part reached the people for whom it was meant. Today whatever the government is distributing is from our own resources – not charity from other countries.

Bangabandhu was so dissatisfied and disgusted that in every one of his public speeches in 1973 and 1974 he would mention these public villains and, at one point of time, he expelled forty-three of his party MPs for misuse of power and playing foul with public goods, including daily necessities. Unfortunately, it must be said, in all fairness, that his daughter is not so lucky. Whomsoever she trusts has disappointed her. Who will she work with?

But back to the current crisis! In countries like the US and UK, health workers are often compelled to keep dead bodies in the homes of the deceased in body bags till they find places for them in the mortuary. In New York City, freezer vans meant to carry frozen food have been transformed into temporary morgues. In China, those who perished in Wuhan were denied decent burial and were all cremated. In Bangladesh, the scenario is much worse in many cases. In places banners have been hung over the entrances of public graveyards that no-one who dies of the COVID-19 virus will be allowed to rest there. In Tangail, a husband accompanied by his son, decided to abandon his wife in the jungle apprehending that she had contacted the disease. People in Uttara in Dhaka blocked the road to prevent a hospital from opening a ward to treat COVID-19 affected patients. In Tejgaon, the people, at the instigation of the local Councillor, prevented the construction of a hospital for treatment of Corona patients. Doctors, nurses and other health workers who work in hospitals dedicated for Corona patients are being asked to leave their apartments by landlords. In many places, family members have refused to accept the dead bodies of their family members as the deceased was a Corona patient. In one case the sons not only refused to take the dead body of their father from the hospital but did not forget to take the Death Certificate so that they can claim their share of the property left behind their father.  In Chittagong, a woman who washed another dead woman was harassed and beaten. In Mymensingh a physician couple were forced to leave the area they lived in as they worked in the hospital where Corona affected patients were being treated. There are allegations that some private hospitals are refusing to admit any patients, irrespective of the nature of the complaint, apprehending that the patient may be suffering from COVID-19. There have been cases where patients suffering from severe cardiac arrest expired due to such attitudes at hospitals. Examples of such inhumanity are not few and far between. This is the downside of the current crisis and each one of those responsible for such inhuman behaviour must be punished. Common civic responsibility should not be compromised under any circumstances.

On the other hand, the country has seen the other side of people who have demonstrated the utmost patience and risked their lives but never backed away from their duty. There are medical professionals, including nurses and technicians who spend sleepless days and nights discharging their duties, knowing very well the risks attached. Law enforcing agencies and defence forces who are out on the streets virtually unprotected to convince irresponsible people to stay home have decided to be patient and not to use any force. The city corporation utility workers, the WASA and power supply people have remained at their posts to make our lives a bit more comfortable, along with the cleaners. The media workers who keep us updated with all the news of Bangladesh and abroad! Fortunately the number of heroes outnumbers the villains at least in Bangladesh. The nation is waiting for a new dawn, brighter and with hope.