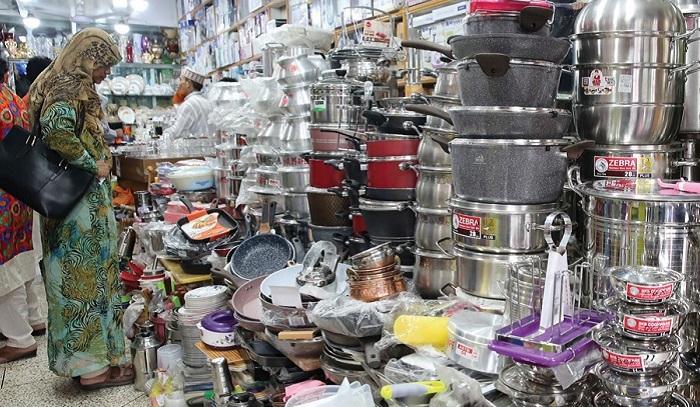 The middle-class people in the country are worse victims during this prevailing coronavirus pandemic as they have hardly anything to do but to remain idle and stuck at homes.

On the other hand, they are also running the risk of losing their jobs and remain unemployed for how long they know nothing of.

This section of people belongs to individuals and households that fall between the working class and the upper class within a societal hierarchy. The group is considered the backbone of any economy.

In Bangladesh’s context, the middle-class struggle to make both ends meet in this situation as they remain unpaid due to the general holidays. However, the markets, on the other hand, see a price hike.

Social scientists and rights activists have mentioned that the middle-class people cannot seek relief considering the social taboo while most organisations focus only on the poor.

Around 40 million people belong to the middle-class status in the country and the number is increasing 15 percent annually according to a research of Bangladesh Institute of Development Studies (BIDS).

According to Boston Consulting Group, the number of middle class people in Bangladesh is 15 million and 2 million people gets on board with the status annually.

Tarikul Islam, a midlevel worker at the sales department of a private company, is living with his family in Jatrabari in the capital. He is now uncertain about his job.

“I don’t know what will happen after the general holidays. The living cost is increasing due to the market price hike. I don’t know how I will survive,” Tarikul shared his sorrow tale while talking to daily sun on Friday.

During the general holidays, most of the middle class people are out of work as they are at risk of being included into the socially vulnerable group.

Brac Institute of Governance and Development has launched a study report recently on Covid impact in livelihood in association with Power and Participation Research Centre (PPRC) where the researcher predict the possible dropout of middle classes from their social status as member of vulnerable group.

Regarding the sufferings and social impact on middle class, Brac Chairperson Prof Hossain Zillur Rahman mentioned that this class of people is a kind of worse sufferer as they can’t stand for relief due to social dignity.

The government has launched special open market sale (OMS) of rice at Tk10 per kilogramme across the country in a bid to ensure food for relatively poor people during the general holidays.

“We suggest that the authorities continue the OMS service to feed the middle class as they do not feel shy to buy the food items. It’s important for the government to manage the situation,” Prof Hossain Zillur Rahman told daily sun on Friday.

The eminent economist also mentioned that the government should focus on more inclusion of middle class in the social safety net coverage as they are at most risk to become vulnerable.

Dhaka University Social Science faculty dean Prof Sadeka Halim thinks the corona pandemic will create a negative impact on the middle-class people who are considered as the working force of any economy,

“The sufferings of the poor are visible to us and there are many arrangements to support them during the emergency. However, the condition of the middle class remains unheard during this crisis,” said Prof Sadeka.

She also mentioned that the economic impact on middle class is harder than the psycho social status of an individual belonging to middle class.