Activists concerned over increase in waste smuggling in Romania 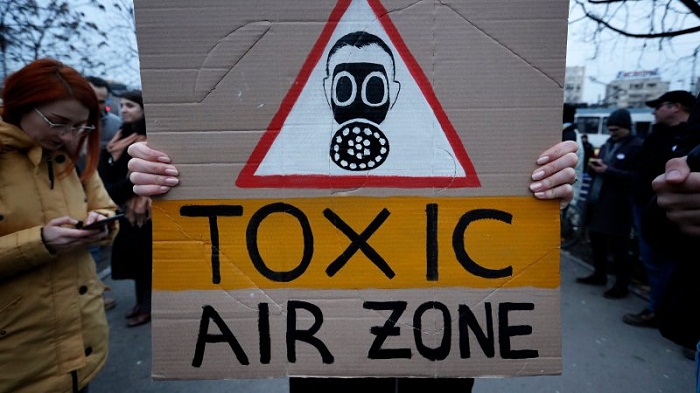 Peacocks may not be the first thing visitors expect to see at a cement plant.

But a factory in the Romanian town of Fieni has built a spacious aviary for the birds in a bid to convince the public of its environmental credentials.

The idea was the brainchild of the plant’s technical director Cristian Voinitchi who said he wanted to show people that even though the factory — which belongs to German group HeidelbergCement — burns waste for fuel, the air is still clean enough for the peacocks to flourish in.

Nevertheless, for NGOs and environmental campaigners, it is not an issue that can be covered up with a few pretty feathers.

While the Fieni plant has stopped taking foreign waste since 2016, activists are concerned that, elsewhere, waste might be illegally imported and contain materials that could be even more toxic for the environment.

And given the doggedly high level of corruption in Romania and neighbouring Bulgaria, observers fear that the two countries are ill-equipped to prevent traffickers from smuggling in unregulated waste from wealthier EU nations.

Oriana Irimia of the Romanian NGO Zero Waste said that now that China and other Asian country had stopped importing waste from the West, Romania has “unfortunately taken over this role”.

And the task of ensuring that such waste conforms to EU law was especially difficult in a country like Romania, Irimia said.

“We don’t have the capacity to check all of these imports,” she argued, explaining that Romania lacks much of the necessary technical equipment.

According to figures from the European statistical agency, Eurostat, the average Romanian for example produces 272 kilograms (600 pounds) per year, the lowest number in the bloc, while Danes produce the most at 781 kilograms.

In 2016, the HeidelbergCement plant in Fieni was fined for illegally burning unsuitable waste that was traced back to Italy.

Since then, technical director Voinitchi insists that the plant has stopped using foreign waste for fuel.

Ruediger Kuehr, an expert in environmental policy at the United Nations university, said that illicit waste trafficking is “exploding”.

“There are businesses which pick up fridges, computers and TV sets abandoned by consumers which they then export illegally,” increasingly to Eastern Europe, he said.

Containers of waste from Italy have raised eyebrows in Bulgaria in recent months.

Sofia has sent 157 containers back on suspicion of fraudulent content declarations, and has beefed up border checks on similar shipments.

But when it comes to waste, enforcement in the region leaves a lot to be desired and Romania was sanctioned by the European Court of Justice in 2018 for failing to adequately regulate landfill sites.

Marian David, pollution control director of Romania’s National Environmental Guard, admits that only “15 fines were handed out in recent years for violations linked to waste imports”.

According to Guillaume Duparay, the head of France’s national body in charge of recycling, many used mobile phones from France still end up in eastern Europe where — in a best-case scenario — some are refurbished and re-sold.

But others are simply dumped, polluting the soil and waterways.

On the ground in Romania, it is people like 31-year-old doctor Andrei Cotarla in the port city of Constanta who see the fallout from waste.

He lives next to a factory and told AFP: “Every day I see between 10 and 15 lorries coming to dump rubbish that then gets burned.”

“In my orchard, many of the trees have now dried out,” he said.