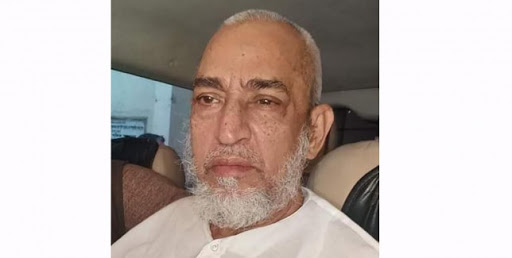 Dismissed army captain Abdul Majed was an active member of the main group which assassinated Father of the Nation Bangabandhu Sheikh Mujibur Rahman along with most of his family members.

Under the cover of darkness on 15 August 1975, a group of disgruntled army officers cordoned off the then residence of Bangabandhu at Road 32, Dhanmondi area of the capital.

Majed was among those army officers who broke down the door of the house and sprayed bullets from their automatic guns killing members of Bangabandhu’s immediate family one after the other.

This group did not even spare the life of his youngest child, 10-year-old Sheikh Russel, who cried and pleaded for his life.

After the killings were over, Majed took over charge of the Bangladesh Betar in Shahbagh area of Dhaka using the facility to suppress the information on the killings and broadcast their own fake and fabricated story to confuse the people as well as to ensure none took to the streets in protest.

It is no more a secret that late Major General Ziaur Rahman, the then deputy army chief, and anti-liberation forces were behind the killings.

After sudden end of Bangabandhu’s rule by the coup, the country was governed by Pro-Pakistani agents.

Trial of the killers was blocked by Zia, who was himself killed in one of the 23 military coups that took place during his most controversial and brutal rule, by the Indemnity Ordinance.

The Ordnance was repealed by the Awami League government led by Prime Minister Sheikh Hasina when she came to power in 1996 for the first five-year-term.

Born to Ali Mia Chowdhury and Meherjan Begum of Batmara village at Kaliganj in Bhola’s Borhanuddin, Majed was involved in different other killing missions.

His wife Saleha Begum, four daughters and a son lived in house No. 10/A, Road No. 1, in Dhaka Cantonment Bazar  Residential Area.

"After Bangabandhu’s murder, Majed worked at Bangabhaban and other places following the instructions of Ziaur Rahman,” he said.

Ziaur Rahman facilitated the safe exit of all the killers of Bangabandhu after a counter coup.

Majed and the others fled to Libya via Bangkok on orders from Zia, who gave them protection from opposing forces in the army as well as legal measures, sources said.

After a three-month stay in Lybia, they were awarded with posting in different overseas missions of Bangladesh. Majed was posted as ambassador to Senegal in Africa.

After Majed retired from the army, Zia made him an official with the rank of a deputy secretary at the Bangladesh Inland Water Transport Corporation (BIWTC) on Mar 26, 1980.

He was later made the director of youth development division at the then Ministry of Youth Development. He also held the post of the director in the then department of savings.

The lower court awarded death sentence to 15 army officials. But the two benches of the High Court gave contradictory verdicts on the numbers of death sentence recipients. The matter was sent to a third bench which confirmed capital punishment of 12 convicts.

Finally, the Appellate Division of the Supreme Court upheld verdict of the High Court in 2010.

Out of these self-proclaimed killers, five were executed on January 28, 2010. They were-- Syed Faruque Rahman, Sultan Shahariar Rashid Khan, Bazlul Huda, Mohiuddin Ahmed and AKM Mohiuddin.

After the execution of the five eight years ago, Interpol issued “red corner notices” for the absconding death-row convicts in 2009. The notices are renewed every five years.

He was dismissed from services soon after Awami League came to power for the first time in 1996.