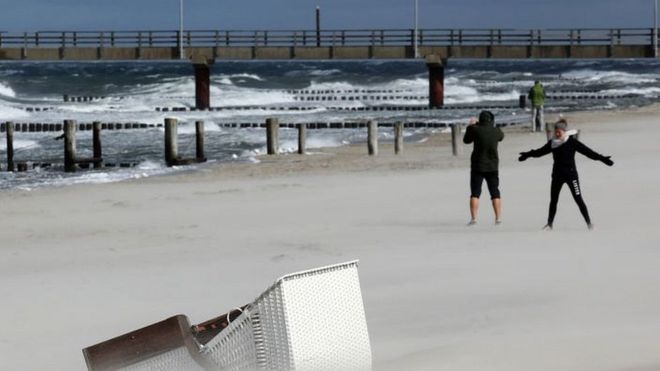 A regional court in eastern Germany has ruled that locals can go to the popular Baltic coast this Easter weekend, despite the coronavirus lockdown.

The Greifswald higher court said the regional government's travel ban was "disproportionate" in curbing people's local freedom. Germans from other regions remain banned from the coast.

The Mecklenburg-West Pomerania government has accepted the decision.

But the government urged locals to stay 2m (6.6ft) apart to avoid contagion.

Temperatures on Germany's Baltic coast are set to climb above 20C on Sunday and forecasters say it will be a sunny Easter weekend.

Lockdowns are in force across Germany, but the restrictions vary from state to state. The toughest measures have been imposed in Bavaria and the Saarland.

The number of Germans infected with Covid-19 has risen for the fourth day in a row, reaching 113,525, the respected Robert Koch Institute says. There had been four days of decline. Almost half of those infected have recovered, says the RKI.

And the death toll has reached 2,373, with another 266 fatalities reported on Friday - still well below the death rates in Italy, Spain, France and the UK. Johns Hopkins University in the US puts the number of infections in Germany at over 118,000 with more than 2,600 deaths.