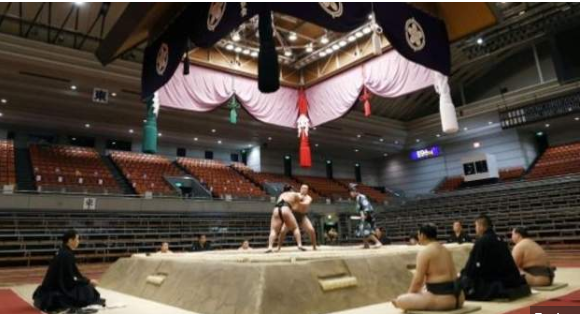 A sumo wrestler has become the first member of the ancient sport to test positive for coronavirus in Japan.

The low-ranking wrestler was diagnosed after developing a fever last week, the country's sumo association said - refusing to name the grappler.

Sumo wrestling in Japan has already been affected by the pandemic, with one tournament last month held behind closed doors. Other events have been postponed.

More than 100 people with coronavirus have died in Japan so far, according to state broadcaster NHK.

Although that number is a lot lower than in many neighbouring countries, the government has declared a state of emergency in seven regions following a rise in the number of cases.