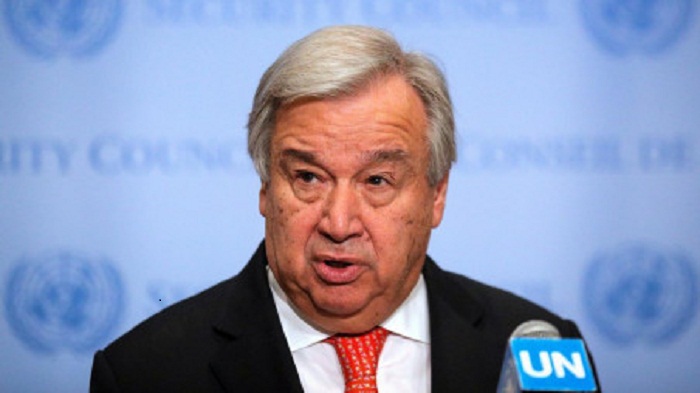 UN Secretary General Antonio Guterres urged the Security Council on Thursday to display unity as it met to discuss what he called the “fight of a generation” — the global coronavirus pandemic.

“A signal of unity and resolve from the Council would count for a lot at this anxious time,” Guterres told the divided body holding its first meeting about the crisis.

The meeting of the 15-member Security Council is being held behind closed doors by videoconference but the UN released a copy of the secretary general’s remarks.

“The engagement of the Security Council will be critical to mitigate the peace and security implications of the COVID-19 pandemic,” Guterres said.

“To prevail against the pandemic today, we will need to work together,” he said. “That means heightened solidarity.

“This is the fight of a generation — and the raison d’ˆtre of the United Nations itself,” he said.

Security Council members gathered after weeks of disagreement — especially between the United States and China, where the coronavirus outbreak began in December.

Led by Germany, the meeting was requested last week by nine of the council’s 10 non-permanent members who were fed up with the body’s inaction over the unprecedented global crisis.

Though the council meeting was closed-door, several ambassadors taking part released extracts of their remarks on Twitter or to reporters.

While Germany described the pandemic as an “international peace and security issue,” several other countries, notably Russia, China and South Africa, said health matters were not part of the Security Council’s brief.

France, meanwhile, confirmed that it would provide 1.2 billion euros ($1.3 billion) to fight the virus in Africa.

Non-permanent member Estonia, for its part, said holding the Security Council meeting was “better late than never,” a jab at those seen as delaying the talks.

Ahead of the meeting, the United States and China had been arguing over the origins of the virus, which President Donald Trump has referred to as the “Chinese virus.”

There were two competing draft resolutions up for debate.

One, spearheaded by Tunisia on behalf of the 10 non-permanent members and obtained by AFP, calls for “an urgent, coordinated and united international action to curb the impact of COVID-19.”

It calls for the Security Council to “monitor the impact of the COVID-19 pandemic on international peace and security and asks the Secretary General to brief the Council on such developments when appropriate.”

It also seeks an “immediate global ceasefire to allow for adequate humanitarian response” to the pandemic.

That draft resolution has been in development since March 30 and has only been discussed by the 10 non-permanent members.

The second text, proposed by France, focuses on Guterres’s call last month to cease all hostilities around the world as part of a “humanitarian pause” to fight the pandemic.

That one has only had input from the five permanent members — Britain, China, France, Russia and the United States — which diplomats from non-permanent countries told AFP has been “very frustrating.”

France has argued that the so-called P5 need to smooth out their differences before any wider negotiations with the council.

But efforts to convene a meeting of the five have been stymied by the hospitalization of British Prime Minister Boris Johnson, who has the COVID-19 illness, and Chinese reticence to participate without first setting a clear agenda.

While Gutteres has been outspoken about the crisis and the 193 members of the UN General Assembly unanimously adopted a resolution calling for “cooperation,” an ambassador to the UN described the Security Council as “missing in action.”

In the Security Council, at least nine votes out of 15 are necessary to adopt a resolution, without a veto by one of the five permanent members.