Chinese workers in US losing their visas with their jobs 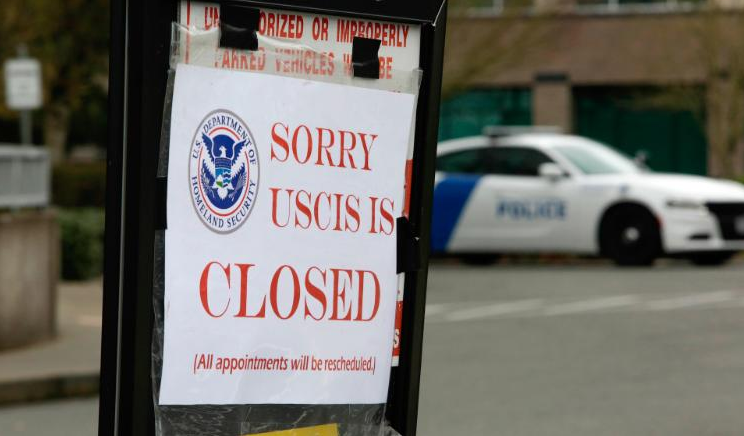 After her company laid her off last month, Tang Chen couldn't sleep. For days, her heart kept racing. There was one question at the front of her mind: would she be able to stay in the United States?

Tang comes from eastern China's Zhejiang province, but has worked in the US since 2014. Her H1-B work visa is due to expire later this year, so the travel firm where Tang worked as a software developer in Fort Washington, Pennsylvania, had begun the arduous process of applying for a green card, which would allow her to live and work in the US permanently.

The 33-year-old was so confident about building a life in America, she even bought an apartment in the US.
But when Tang was made redundant on March 13, she didn't just lose her source of income — she lost her visa status. Now her former employer has decided not to proceed with her green card application, her path to permanent residency has been lost, too.

When H1-B visa holders like Tang lose their jobs they have 60 days to file for a change of status — such as becoming a tourist or student — or find a new employer willing to sponsor their work visa.
If they can't get a new job or change their status, they have to leave the US — or illegally overstay their visa. If they leave the US after having overstayed for more than 180 days, they could be banned from reentering in future.

Finding a job in the current climate is tough, let alone finding an employer willing to shoulder the additional costs and paperwork of visa sponsorship. Since she was laid off, Tang has not had much luck getting interviews and is not optimistic about being hired in the middle of a pandemic with a recession looming.
She had resigned herself to going back to China — only to find out that she can't. There are no seats available on any direct flights in April, and Tang is worried that cobbling together a multi-stop trip could put her at risk of catching the virus.

"Even if I want to go back now, I can't get a flight ticket," she said. Instead, she's desperately applying to university to get a student visa that will allow her to remain in the US legally.
No way home
With the pandemic having seemingly turned a corner in mainland China, authorities there have focused their attention on preventing a new wave of infections coming into the country from overseas.

Since late March, China's aviation administration has cut the number of inbound international flights to under 134 per week, a mere fraction of pre-pandemic totals. The dwindling number of flights has seen ticket prices soar.
The number of daily travelers, including Chinese citizens, entering the country by air has been limited to 4,000.
There are no official statistics on how many Chinese nationals in the US have lost jobs as a result of the coronavirus pandemic, but CNN has seen two groups on WeChat, a "must-have" messaging platform for the Chinese diaspora, in which hundreds of people claiming to be in this situation share stories and exchange information.

Every day, the chat rooms are filled with palpable anxiety over uncertain employment and visa prospects, as laid-off workers and those with visas due to expire soon discuss potential solutions and offer advice.
"I've never seen so many visa holders losing their jobs," said Ying Cao, a New York-based immigration lawyer whose clients are mostly Chinese expats. "It's worst than in 2008," she added, when the global financial crisis caused some 2.6 million job losses.

In March, Cao received twice as many inquiries as she would in a usual month. She advises most clients to file for a change of visa status if their grace period is expiring — perhaps to a tourist, student or dependent visa — to buy themselves more time.

Tsui Yee, another New York-based immigration attorney, said many of her clients are facing the same situation. She too has seen a surge in panicked calls from Chinese expats in recent weeks.

"(The immigration environment) was already bad, but this pandemic has propelled it to an even more dire situation," Yee said. "A lot of my clients who are here on work visas are extremely concerned."