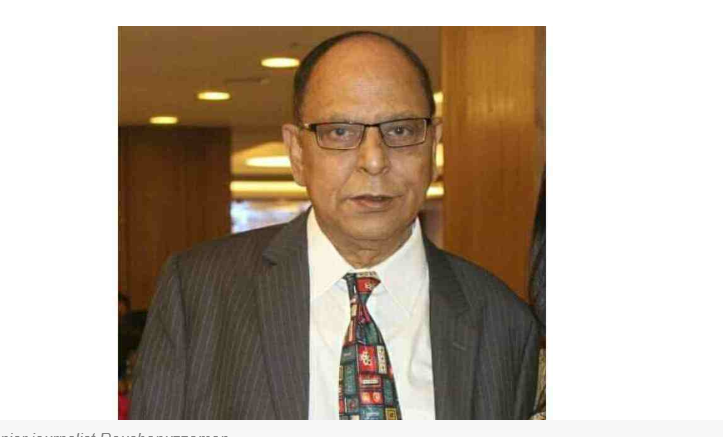 Senior journalist Roushanuzzaman, who passed away on Wednesday, was laid to eternal rest in the capital’s Uttara area on Thursday.

Roushanuzzaman, a former executive editor of United News of Bangladesh (UNB), was buried at a graveyard at Uttara sector-4 around 10:30am after his second namaz-e-janaza, said his younger sister Sharmin Akhter Rita.

She said her brother’s first janaza was held at Uttara sector-7 mosque around 10am.

Later, his body was taken to the graveyard where another janaza was held before the burial.

Rita said they will not arrange a qulkhwani of her brother due to the current situation of the country, but send food to an orphanage where a doa mahfil and qurankhwani will be held.

She urged journalists, colleagues and well-wishers of her late brother to pray for salvation of his departed soul.

Roushanuzzaman, who had long been suffering from lung and other complications, died at his Uttara residence on Wednesday evening at the age of 70.

In his long career, Roushanuzzaman worked for UNB, Dhaka Courier, the Financial Express, the Holiday, the daily sun and the New Age holding senior positions.

He went on retirement in 2018 from the New Age as its Associate Editor.