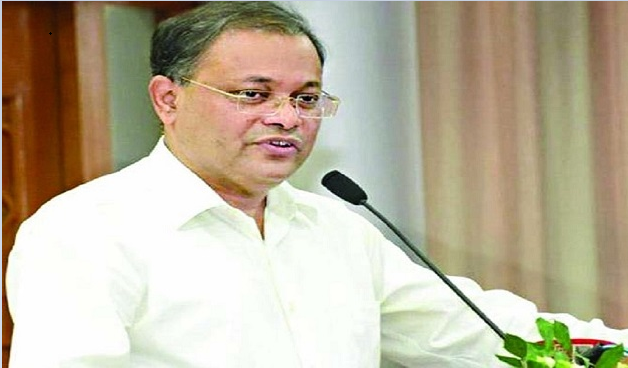 Information Minister Dr Hasan Mahmud on Thursday warned that the government would take stern actions against those involved in spreading rumours over coronavirus.

“No matter whether rumours are spread from home or abroad, the government will take stern actions against the rumour creators,” he said in a meeting with the chiefs and representatives of emergency service agencies at the Secretariat .

Dr Hasan, also Awami League joint general secretary, said some people always get involved in spreading rumours when any special situation is created or any disaster takes place in the country.

“Particularly, these people try to create panic among the commoners by using social media. And, at the same time, a vested quarter always spreads rumours to put the government in trouble,” he said.

“Besides, the Press Information Department (PID) is looking after this issue. Our ministry has a rumour prevention cell where the officials work around-the-clock. So, don’t spread rumours,” he added.

Observing that many are spreading rumours from abroad, the AL joint general secretary said Bangladeshi expatriates are patriotic but some of them are trying to create panic among the country’s people by spreading rumours, using social media.

Lauding the role of mass media amid the coronavirus crisis, he said when the country’s people are staying home, journalists have been working round- the-watch in an adverse situation to publish news.

The information minister urged the journalists and media officials to make authentic and objective news. “Do not release such news items which mislead the people,” he said.

Giving thanks to the cable network operators, he said the people are now watching televisions to get information on coronavirus and “if you face any problem to operate cable network, seek assistance from the local administration”.

Hasan said as the Bangladesh Betar, Bangladesh Television (BTV), PID and Mass Communication Department provide emergency services, these agencies remain open during the ongoing holidays and their officials have been working overcoming all barriers. “That’s why I express my gratitude to them,” he added.

At today’s meeting, he said, they decided that alongside Bangladesh Betar and Bangladesh Television, the regional and field officials of PID and Mass Communication Department will work at their respective offices during the ongoing crisis to help people get information.