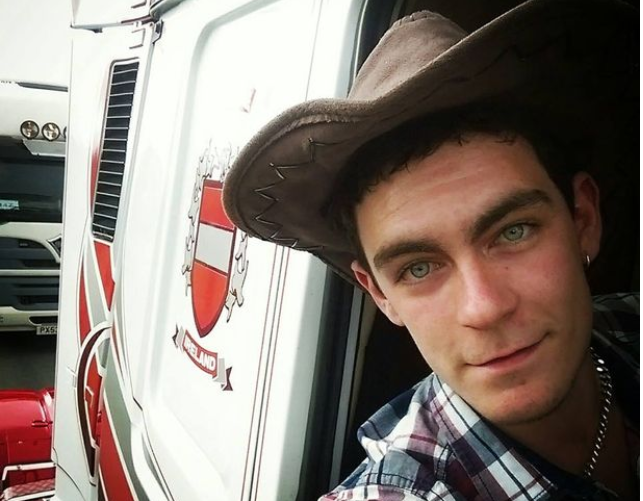 Lorry driver Maurice Robinson has pleaded guilty to the manslaughter of 39 people who were found dead in a refrigerated truck in Essex.

Robinson, 25, of Craigavon in Northern Ireland, pleaded guilty at the Old Bailey to the charges this afternoon.

The 39 Vietnamese migrants found dead in the back of a refrigerated lorry died as a result of lack of oxygen and overheating, provisional investigations showed.

Their bodies were found in a trailer on an industrial estate in Grays, Essex on October 23.

The bodies of eight females and 31 males were discovered in the trailer attached to a cab at the site.

They were found shortly after the container arrived in Purfleet on a ferry from Zeebrugge, Belgium.
Among the men, women and children were 10 teenagers, two of them 15-year-old boys.

Five men charged following an investigation by Essex Police appeared for a virtual hearing at the Old Bailey before Mr Justice Sweeney.

During the hearing today, the lorry driver also admitted to the 39 counts of manslaughter on or before October 24 last year.

He denied a further charge of transferring criminal property.
Robinson appeared at court via video link alongside four other co-defendants.

He also denied one count of conspiracy to assist unlawful immigration between May 1 2018 and October 24 2019.

Valentin Calota, 37, of Birmingham, was not asked to enter a plea to the charge of conspiring to assist unlawful immigration.
Prosecutor William Emlyn Jones QC said a human trafficking conspiracy charge was being dropped in relation to Kennedy and Robinson.

He asked for three weeks to decide whether to proceed with a trial against Robinson on the outstanding charge he faced.

The other defendants face a trial at the Old Bailey lasting up to eight weeks from October 5.

Due to the coronavirus pandemic limiting gatherings, the court hearing was conducted virtually with most lawyers and court reporters attending by Skype.