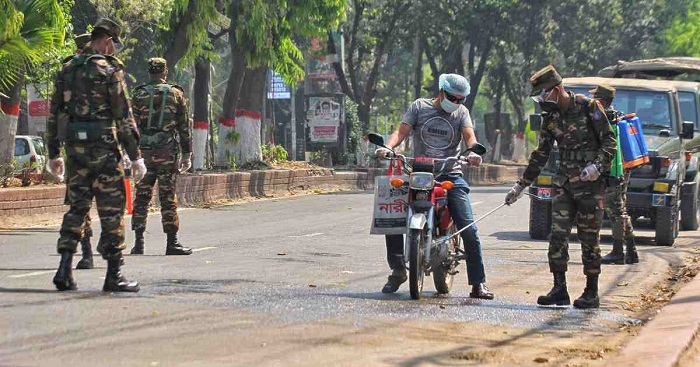 Police on Tuesday closed all three entrances from Chuadanga and Rajbari to the district to prevent the spread of coronavirus.

SM Tanvir Arafat, superintendent of police, said two roads to Kushtia from Chuadanga and one from Rajbari were shut on Tuesday.

Road communication from Rajbari to Shialdangi area in Khoksa upazila was also shut.

SP Arafat said vehicles and people cannot enter the district through these roads as coronavirus patients were found in Rajbari and Chuadanga.

Ambulances and vehicles with emergency cases are out of the shutdown purview.

On Monday, Chittagong Metropolitan Police (CMP) restricted the entry to and exit from Chattogram city, a day after Police Headquarters announced that no-one can enter or leave the capital city until further notice.

Bangladesh has so far confirmed 164 coronavirus cases and 17 deaths.