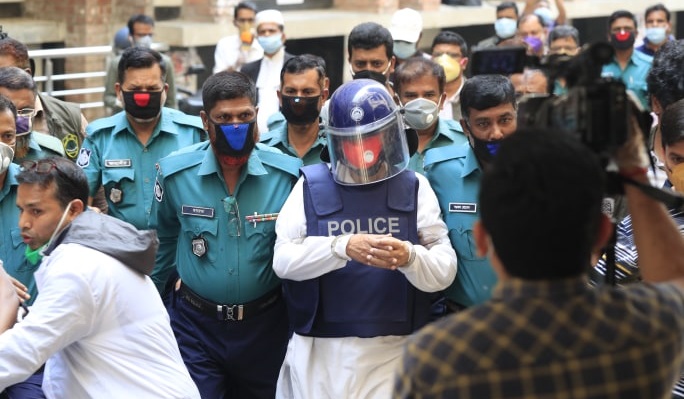 Chief Metropolitan Magistrate Julfikar Hayat issued the order of sending him in jail on Tuesday.

Earlier on the day, Home Minister Asaduzzaman Khan said, “He was arrested from Mirpur last night.”

Reports in the media at various times indicated that Mazed was absconding in neighbouring India.

Khan said, "We found him in Bangladesh. Maybe fears over the coronavirus brought him back here."

The home minister, however, did not shed light on any further details regarding the arrest.