WHO, partners call for urgent investment in nurses 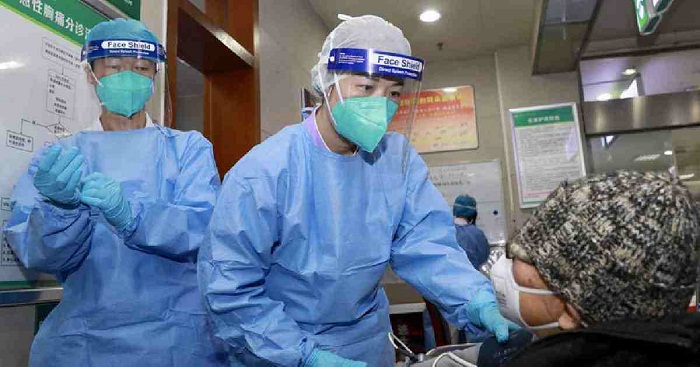 The World Health Organization (WHO) on Tuesday said the Covid-19 pandemic underscores the urgent need to strengthen the global health workforce.

A new report, The State of the World’s Nursing 2020, provided an in-depth look at the largest component of the health workforce.

Without nurses, midwives, and other health workers, countries cannot win the battle against outbreaks, or achieve universal health coverage and the Sustainable Development Goals, according to the report.

Findings identify important gaps in the nursing workforce and priority areas for investment in nursing education, jobs, and leadership to strengthen nursing around the world and improve health for all.

Nurses account for more than half of all the world’s health workers, providing vital services throughout the health system.

Nurses are always at the forefront of fighting epidemics and pandemics that threaten health across the globe, WHO said in a media release issued from Geneva.

"Nurses are the backbone of any health system. Today, many nurses find themselves on the frontline in the battle against Covid-19," said Dr Tedros Adhanom Ghebreyesus, WHO Director General.

He said the report is a stark reminder of the unique role they play, and a wakeup call to ensure they get the support they need to keep the world healthy.

The report by WHO in partnership with the International Council of Nurses (ICN) and Nursing Now, revealed that there are just under 28 million nurses worldwide.

Between 2013 and 2018, nursing numbers increased by 4.7 million. But this still leaves a global shortfall of 5.9 million - with the greatest gaps found in countries in Africa, South East Asia and the WHO Eastern Mediterranean region as well as some parts of Latin America.

More than 80 percent of the world’s nurses work in countries that are home to half of the world’s population. And one in every eight nurses practices in a country other than the one where they were born or trained.

Ageing also threatens the nursing workforce: one out of six of the world’s nurses are expected to retire in the next 10 years.

To avert the global shortage, the report estimated that countries experiencing shortages need to increase the total number of nurse graduates by on average 8 percent per year, along with improved ability to be employed and retained in the health system.

This would cost roughly $10 per capita (population) per year.

“Politicians understand the cost of educating and maintaining a professional nursing workforce, but only now are many of them recognising their true value,” said ICN President Annette Kennedy.

“Every penny invested in nursing raises the wellbeing of people and families in tangible ways that are clear for everyone to see. This report highlights the nursing contribution and confirms that investment in the nursing profession is a benefit to society, not a cost. The world needs millions more nurses, and we are calling on governments to do the right thing, invest in this wonderful profession and watch their populations benefit from the amazing work that only nurses can do.”

About 90 percent of all nurses are female, yet few nurses are found in senior health leadership positions – the bulk of those positions are held by men.

But when countries enable nurses to take a leadership role, for example by having a government chief nursing officer (or equivalent), and nursing leadership programmes, conditions for nurses improve.

“The policy options reflect actions we believe all countries can take over the next ten years to ensure there are enough nurses in all countries, and that nurses use of the full extent of their education, training, and professional scope to enhance primary health care delivery and respond to health emergencies such as COVID-19.  This must start with broad and intersectoral dialogue which positions the nursing evidence in the context of a country’s health system, health workforce, and health priorities.”

To equip the world with the nursing workforce it needs, WHO and its partners recommended a number of steps that include increasing funding to educate and employ more nurses; educate and train nurses in the scientific, technological and sociological skills they need to drive progress in primary health care; and establish leadership positions including a government chief nurse and support leadership development among young nurses.

They also suggested improving working conditions; modernising professional nursing regulation and strengthening the role of nurses in care teams by bringing different sectors together with nursing stakeholders for policy dialogue and workforce planning.

Coronavirus, which was first reported in China in December, has infected 1,346,974 people around the world and killed 74,702 of them until Monday, according to Worldometer.