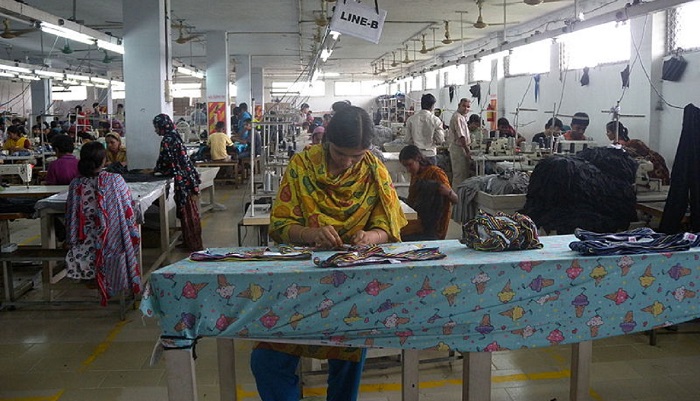 Several garments factories have decided to cut salaries and wages of their workers to recoup the loss despite the stimulus package declared by the government recently.

The daily sun has already got allegations from different garments units in Dhaka and Chattogram.

“I work as a manager at a buying house in Uttara, but my authorities have already asked me to receive 30 percent less salaries in the current month,” a buying house staff told daily sun which supply T-shirt to European markets.

The factory authorities have already cut 20 percent wages of its employees, he said.

A top official from another garment factory in Savar said their factory has already prepared a list of employees to cut their jobs.

Basically, most of the major buyers have failed to unload their imported readymade garments in February due to COVID-19 outbreak, a garment exporter said.

The buyers have cancelled orders to purchase new items in March this year due to their already imported items remaining unsold.

When BGMEA President Rubana Huq was asked over phone in this regard, she said: Any factory is allowed for lay-off, if there is no work, 16/1 dhara.”

However, she did not make any comment about job cut and deduction of salaries of the employees. Responding to the issue, Labour and Employment Secretary K M Ali Azam said, “We have not allowed any garments factories to cut wages of workers as per the law.”

“I have already instructed to the director general of the department of labour to take necessary legal steps against those garments factories who have sacked workers without 120 days salaries as per the law,” he said.

The country’s labour law does not allow cutting salaries, he said.

The ministry will do anything for those workers if he/she is working as per the labour law, he added.

Country is now passing the tough period. So if any garments unit cuts wages for their employees, it is not fair, he also said.

He said the ministry is now monitoring the compliance of labor laws in garments factories.

The ministry is also considering steps so that the companies, which are violating labor laws, cannot get PM declared stimulus package.