Bangabandhu- A Man for All Seasons 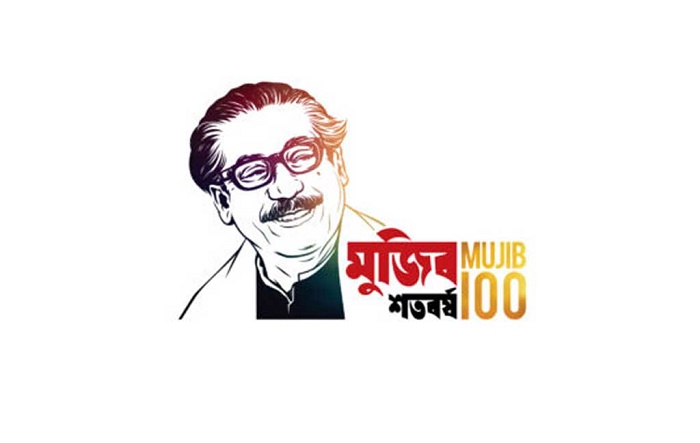 The twentieth-century playwright Robert Bolt portrayed Sir Thomas More (the 16th Century Chancellor of England) as an ultimate and uncompromising man of conscience and dubbed him as ‘A Man for All Seasons’. When we think of such a man from our part of the world, the name of Bangabandhu Sheikh Mujibur Rahman comes to mind first. It is because of his uncompromising struggle for the rights and well-being of his people. He started this struggle from his childhood and kept on with it through numerous hurdles, small and big, till he was murdered by the conspirators. He never compromised on basic ethical issues and fought for total freedom for his disadvantaged people throughout his life.

Ending economic disparity was always at the heart of Bangabandhu’s political campaigns. His voice, his enthusiasm, his emotions, and his ability to lead- all were dedicated to lifting the downtrodden, to make the society meet the demand of the marginalized. With time, as he matured, breadth and depth of his political concerns increased, his working area expanded and most importantly his journey of becoming the sole leadership of the Bengali people gained momentum. But the overarching goal of his political journey always remained the same- ensuring social justice and a fair share of the benefits of development for all. And this commitment to equality flourished when he was still in his late twenties.

During the 1950s, Bangabandhu perhaps was among the first few who identified the economic dimensions of the inequality between West Pakistan and East Pakistan (now Bangladesh). Pakistan was merely an oligarchy serving few elites in the West and completely ignoring East. Industrial as well as agricultural potential of the then East Pakistan was being deliberately overlooked by the Pakistani elites.

If you read his latest book on New China based on his visit to this newly emancipated country in 1952 you can feel his passion for equity and human goals of politics. In fact, he was preparing for a more equal society and economy even in the early 1950s when he was just in his thirties. He wrote in that book that he went to China not to see the old buildings but to know about the plans of reforming agriculture, industry, and education. This speaks a volume about his commitment to improving the lot of the common masses. Yet he was deeply in favour of freedom of speech and democratic governance.

Hence, Bangabandhu pursued his political campaign with the commitment of addressing the disparities. And naturally, he managed to gain momentum in the form of popular support. At that time Pakistan was yet to go under military dictatorship. So, Bangabandhu chose the national parliament as his stage to voice the demand of the exploited mass of East Pakistan. He eventually became a minister for the provincial government. And suggested reform initiatives that would ensure economic emancipation of his people to a significant extent. But the Pakistani elites were not ready to listen to his democratic pleas. Pakistan then inevitably went under military ruling.

Realising that parliamentary politics alone will not yield his desired result, Bangabandhu went on to pursue a different path to attain his goal of ensuring social justice. He opted for people’s agitation at this stage. The next phase of Bangabandhu’s struggle to end disparity began in the 1960s. And it is at this stage when he identified economic separation between the two parts of Pakistan as the only viable way forward. This is how the ‘Two Economy thesis’ came into being.

Expectedly, the Pakistani authority was not ready to listen. So Bangabandhu pushed on his agenda for quity with his historic ‘Six Points Program’ that was firmly based on the concept of ‘two economies’. The six-point program intended to ensure that Bangladesh (then East Pakistan) had effective control of its own future. It was indeed an unconventional demand for autonomy. In fact, it was just a few bricks short of a demand for independence. And hence, the Pakistani autocrats rejected and resisted this program as hard as they could. Professor Nurual Islam has elaborated on this in his autobiography ‘An Odeyssey’.

The Pakistan government eventually attempted to subdue Bangabandhu’s leadership through the Agartala Conspiracy Case. And Bangabandhu overcame this hurdle with massive support from the people. He later won the election of 1970 as expected. Yet, the evil Pakistan rulers did not hand over power to the elected leaders. This eventually led to the liberation war. Bangabandhu led the war virtually while being held in jail by the Pakistani junta, with the support of his potent colleagues. His co-leaders were equally prudent and led the war of liberation most efficiently on his behalf. The country got independent and Bangabandhu came back as the leader of the newly independent country.

Bangabandhu’s political struggle from the inception of Pakistan to the creation of Bangladesh reveals that his political mission remained the same. However, he chose fitting strategies at different stages to fulfill this mission. He always strived to ensure social and economic justices. He started as a conventional political leader with conventional political programs. That took him to the parliament. And when the parliamentary system collapsed, he went for mass agitation. And when it was finally necessary to fight he guided the nation through a gruesome war of liberation. He gave clear guidance of guerilla warfare to his agitating people on 7 March 1971 at the monumental mass gathering in Race Course Maidan, Dhaka. In the process, he remained selfless. He never thought of himself or his family when he was jailed again and again. He left ministerial positions to organise a party that will only work for the greater interest of the Bengalis. He really went through “all seasons”, yet his ideals remained unscathed. He wanted to address economic disparity and social injustice. And that is what he did till the end. That is why he is not only our Father of the Nation, he remains as a guiding beacon for all those seeking equality from all corners of the world. Indeed, he is the trusted leader of the have-nots of all parts of the world.