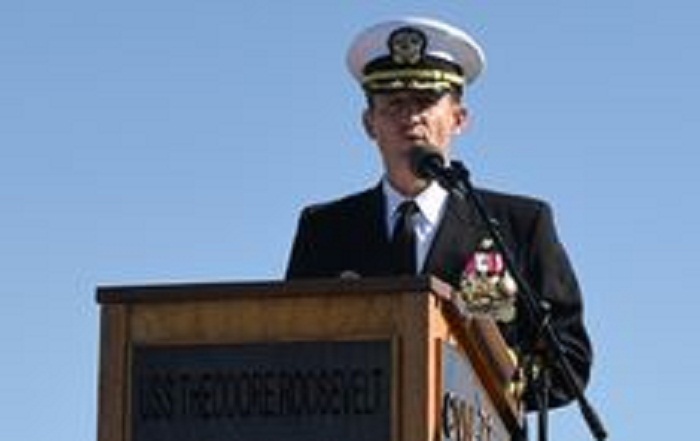 The US naval commander whose widely publicized plea for help for his coronavirus-affected crew led to his dismissal has reportedly himself tested positive for the disease.

Esper told ABC that Navy Secretary Thomas Modly had "made a tough decision, tough call" in deciding to fire Crozier from his command of the aircraft carrier USS Roosevelt, now docked in Guam.

The firing was widely condemned as a callous and unfair punishment of a respected officer who was looking out for the welfare of his crew when he implored his superiors to let him quickly vacate the ship after it docked in Guam.

"We are not at war," Crozier wrote in a letter that leaked to the press. "Sailors do not need to die."

The military has also been called to help the fight against the coronavirus inside the US.

Trump said Saturday that 1,000 military personnel, mostly doctors and nurses, would be deployed to help in New York City, the epicenter of the US outbreak.

Troops have already been helping out at the Javits Convention Center, which has been transformed into an enormous hospital.