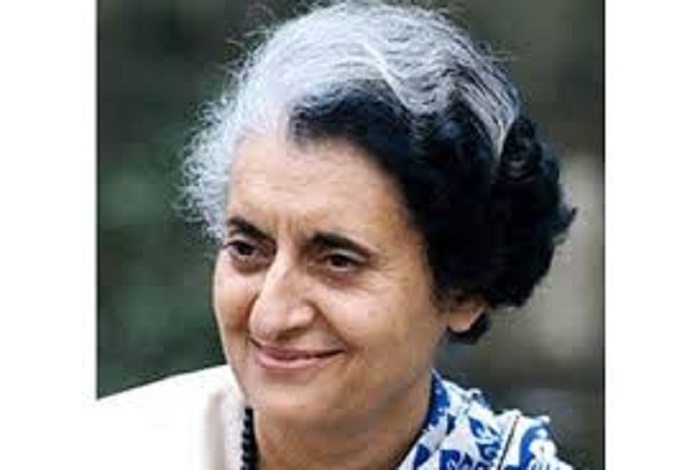 The history of the country records April 4, 1971 as a crucial day for the subsequent course of the Liberation War as the then Indian Prime Minister Indira Gandhi acknowledged Bangladesh leadership, confirming their identity through an extraordinary means.

“It was a very important day when the then Indian Prime Minister Indira Gandhi acknowledged our leaders” in the absence of Bangabandhu Sheikh Mujibur Rahman, said Barrister Amirul Islam, a key draftsman of the Bangladesh’s Independence Proclamation, as he was accompanying the leaders to New Delhi.

But, he said, the Bangladesh leaders including Tajuddin Ahmed were not known in person to the Indian authorities including their premier, who preferred to use an unusual practice on her part to be sure about their identities.

“A keyhole in a door at Indian prime minister’s office appeared to be the means for their identity confirmation,” Barrister Amirul recalled in an interview with BSS managing editor Anisur Rahman as approached for reminiscence of 1971 events on the eve of the 50th Independence Day.

He added: “Advocate Serajul Huq was incidentally present there (PMO) beforehand and Mrs Gandhi asked him to see her visitors through the keyhole and confirm if they were really our leaders.”

Huq, he said, immediately identified them as “our leaders” and only then Gandhi called Tajuddin Ahmed inside for their crucial maiden meeting that set the course for emergence of Bangladesh as an independent nation.

Rimi said she later learnt that despite being a bit strange it was exactly the way how Tajuddin Ahmed was introduced to the Indian premier in 1971.

“I actually came to know the details of the event from my mother (Awami League leader late Zohra Tajuddin) the way my father described it to her,” she said.

Barrister Amirul said Tajuddin Ahmed’s identity was required to be confirmed by the Indian authorities as after the March 25 he accompanied him while entering into India after the 25th March 1971 changing their names for security reasons.

Amirul said he identified him as “Rahamat Ali” and Tajuddin Ahmed introduced himself to India’s Border Security Force (BSF) as “Mohammad Ali”.

After a brief stay in Kolkata they reached New Delhi with BSF help to seek Indira Gandhi’s supports for waging the Liberation War by forming Bangladesh government in exile.

“But the Indian intelligence agencies appeared suspicious whether ‘Mohammad Ali’ was really Awami League general secretary Tajuddin Ahmed. . . even Mrs Gandhi wanted to reconfirm his identity as we reached her office,” Amirul said.

He said Huq, an intimate friend of Bangabandhu since their early school days and member of the then Pakistan’s Provincial Assembly, reached Delhi beforehand, perhaps with his friend senior BSF official Golok Majumdar’s help.

Majumdar, he said, managed to introduce Huq to Gandhi while he was inside Gandhi’s office room as Tajuddin Ahmed and others were waiting outside the room. “Tajuddin Bhai alone went inside to hold the meeting with Mrs Gandhi,” Amirul said.

Huq’s son Advocate Anisul Huq, the law minister of the incumbent cabinet, said days ahead of the 25th March crackdown, his father went to his village home in Brahmanbaria’s frontier Kashba area and immediately crossed the border when the Pakistani troops began their infamous onslaughts.

BSF men, he said, knew him well as the MNA of his frontier constituency and took him to Tripura’s the then chief minister Sachindra Lal Singh, who subsequently introduced him to Tripura’s lieutenant governor Anthony Lancelot Dias for arrangement of his meeting with Gandhi in New Delhi.

Huq, who was one of the country’s most famous criminal lawyers, latermserved the Mujibnagar government and at one stage was sent abroad to mobilize global supports for Bangladesh’s independence.

Soon after Bangabandhu’s killing along with most of his family members on August 15, 1975, Huq appeared to be one of most prominent figures to protest Khondker Mushtaque’s installation as the President by the assassins, risking his life.

At the fag-end of his career as a lawyer, Huq was appointed as Bangabandhu Murder Trial’s chief prosecutor following the Awami Leaue’s return to power after 21 years of political wilderness since the 1975 carnage.