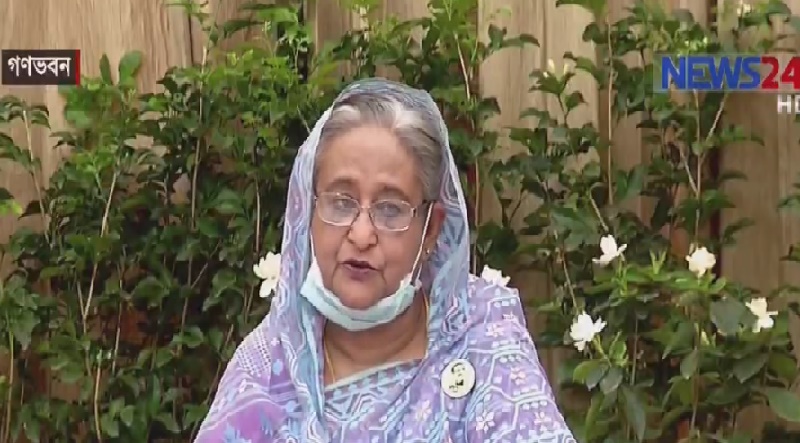 Prime Minister Sheikh Hasina is unveiling a work plan to overcome any adverse economic impact on the country due to the deadly coronavirus outbreak globally.

The premier started to announce the work plan through a press conference at 10:00am on Sunday from her official residence Ganabhaban.

While addressing the nation on March 25, the premier announced a stimulus package of Tk 5,0000 million for export-oriented industries to cut the adverse impact of coronavirus on the country’s economy. This money will be used for providing salaries and wages of workers and employees only.

Besides, she said, the Bangladesh Bank has already taken some pro-business steps. The central bank will not declare any clients as loan defaulter till June next.

She also said the limit of mobile banking has been increased while payment of power, water and gas bills have been extended to June without any fine or surcharge and payment of installment of the NGOs has been suspended.

The government already declared a 10-day general holidays for all public and private offices, except emergency services, from March 26 to check spread of coronavirus.

Amid fears of outbreak of the deadly bug, the government has extended the general leave to April 9 along with the two weekly holidays on April 10 and April 11.