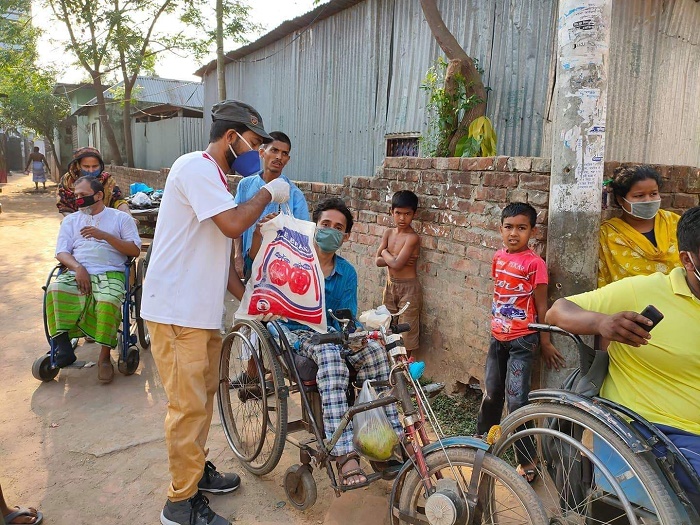 Bangladesh Youth Initiative of Jahangirnagar University (JU) unit on Saturday distributed food items among 36 families having mentally challenged and unemployed members in Savar area, on the outskirts of the capital.

Moderator of the organisation and also an assistant professor of Government and Politics department of JU Mohammad Kamruzzaman and senate member of JU Sabina Yasmin were present during the distribution, among others.

"We have provided rice, pulse, oil and soap among autistics and unemployed people who have lost their jobs amid countrywide shutdown initially", said Md Kamruzzaman.