Priyanka, Lata Mangeshkar, Kareena and others pledge to donate for Covid-19 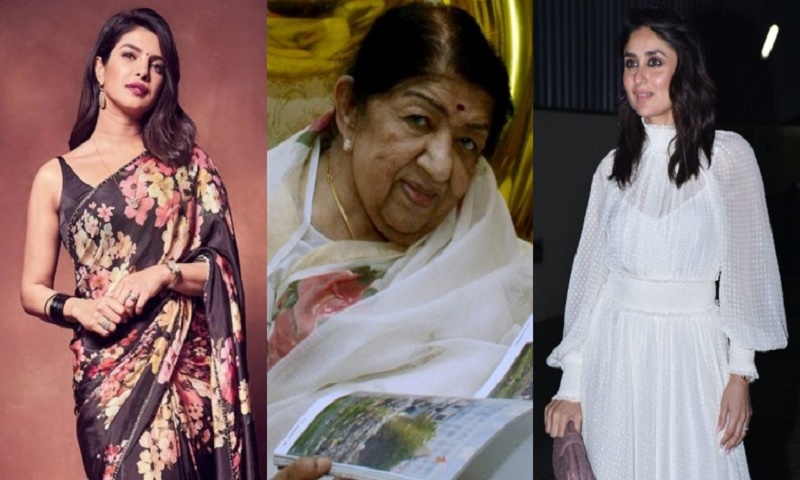 Whether in cash or kind, more and more personalities from the Indian entertainment industry are coming forward to offer support during the COVID-19 outbreak.

Mangeshkar announced on Twitter that she was donating Rs 25 lakh to the Chief Minister’s Assistance Fund as part of her “duty to help your government during this difficult time”.

Taking to Twitter, the “Quantico” star said these organisations are doing “amazing work” by helping those impacted by the COVID19 outbreak.

“They are feeding the hungry, supporting doctors and first responders, helping low income and homeless communities, and supporting our colleagues in the entertainment industry,” she tweeted.

Nick said the idea behind highlighting these organisations was to create awareness.

Kareena said she along with husband, actor Saif Ali Khan and son Taimur, pledged support to UNICEF, GIVE INDIA and the International Association for Human Values (IAHV).

In an Instagram post, Katrina Kaif said she has donated money to both, Maharashtra Chief Minister’s relief fund and PM-CARES.

Alia pledged her contribution to the PM-CARES Fund and the Chief Minister’s Relief Fund (Maharashtra).