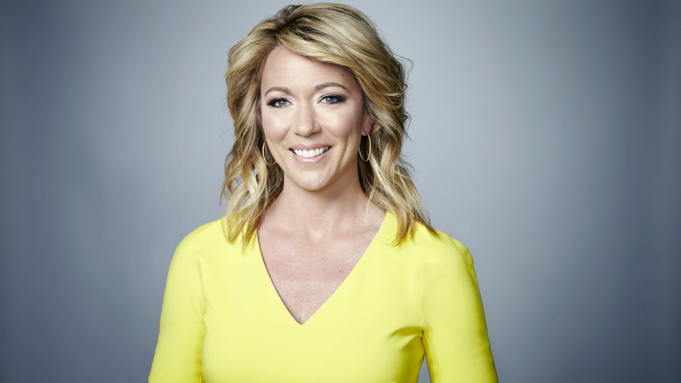 CNN anchor Brooke Baldwin announced on Friday that she tested positive for coronavirus after experiencing symptoms a day earlier.

"I am OKAY," Baldwin said in an Instagram post announcing her diagnosis. "It came on suddenly yesterday afternoon. Chills, aches, fever."
Baldwin became the second CNN anchor to test positive for the virus. Chris Cuomo tested positive earlier in the week.
Baldwin, who has been broadcasting from CNN's offices in New York City, said she had been following all the proper precautions. She explained that she has been social distancing and "doing ALL the things we're being told to do."
"Still — it got me," she said, noting she is healthy with no underlying conditions.
Despite the diagnosis, Baldwin said she counted herself as "one of the lucky ones" and that she looked forward to being back on television "real soon."
"And shout out to the doctors and nurses who are doing the real work right now," Baldwin concluded in her Instagram note, adding that she was sending love to them.