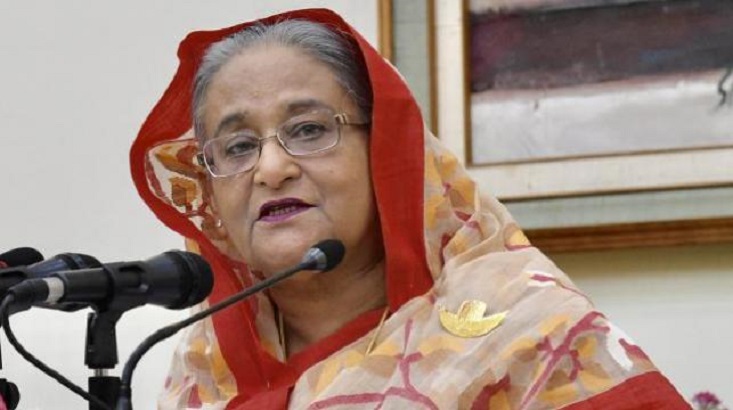 The prime minister came up with the decision after a high-level meeting with the top brass of finance sector at Ganabhaban in the capital on Thursday.

The prime minister discussed the current situation and the next course of action to tackle the corona impact on the economy of Bangladesh, sources said.

In a media briefing scheduled for 10am on Sunday, the prime minister will announce the government initiative to provide more support for the economy.

Earlier on March 25, the premier announced a Tk 5,000-crore stimulus package for the export-oriented industries, mostly for salaries and wages of the workers and employees in the sector.

The country’s economy has to bear the brunt of Covid-19 as the every sector is counting a loss.

On Thursday, the Prime Minister issued 31 directives -- many of which are relating to the measures to help various sectors to recoup the economic losses.

She expressed the government’s crusade against corruption, if committed by anybody over distribution of relief and otherwise.

“Whatever needs for food security will have to be done and no land should be kept uncultivated. Supply system should be maintained.”

Alongside the government, the affluent persons and institutions of the society will carry out their relief and healthcare activities maintaining coordination with district and upazila administrations, she said.

She also directed public representatives and upazila administration to distribute foods among the distressed people by preparing a ward-based list.

“A special attention will have to be given to the most disadvantaged people like agriculture workers, day labourers, rickshaws and van-pullers, transport workers, beggars, street children, the women abandoned by husband, widows and ‘hijra’ community and providing relief to them will have to be ensured.”