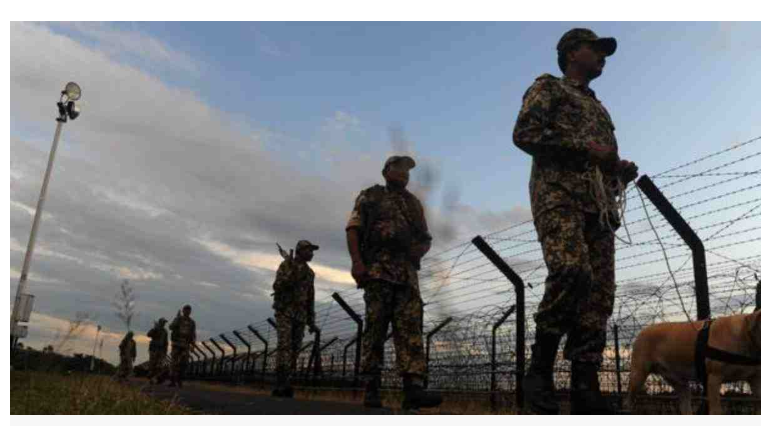 The Border Security Force (BSF) of India has clarified the death of a Bangladeshi national that took place on April 1, identifying the victim as one of the cross-border “drug smugglers”.

BSF replied that the incident happened around 8:50pm along the Bangladesh-India border in AOR of BOP Chaklagarh, 171 Battalion of BSF.

The patrolling party of border guarding force came under violent attack by a cross-border smuggling gang near BP No. 379/2-R and the “smugglers were trying to smuggle loads of Phensedyl from the Indian side of the border into Bangladesh”, according to a BSF clarification.

The “smugglers” defied the caution of the patrolling troops and damaged the fencing on the border, reads the clarification.

"Left with no option and in self-defence, the patrolling party fired at smugglers. On firing the cross-border smugglers fled towards Bangladesh side leaving one smuggler who sustained one gunshot injury," it said.

The “criminal” succumbed to the injury on the spot and he was later identified as resident of Samirnagar, Baliadangi upazila in Thakurgaon district of Bangladesh. The BSF also pointed out that the incident took place inside the Indian territory.

The sixth Director General-level meeting between the Department of Narcotics Control of Bangladesh and the Narcotics Control Bureau (NCB) of India held in October last year in Dhaka decided to take stringent action against the cross-border smugglers involved in smuggling of Phensedyl syrup and other illicit products from India to Bangladesh.