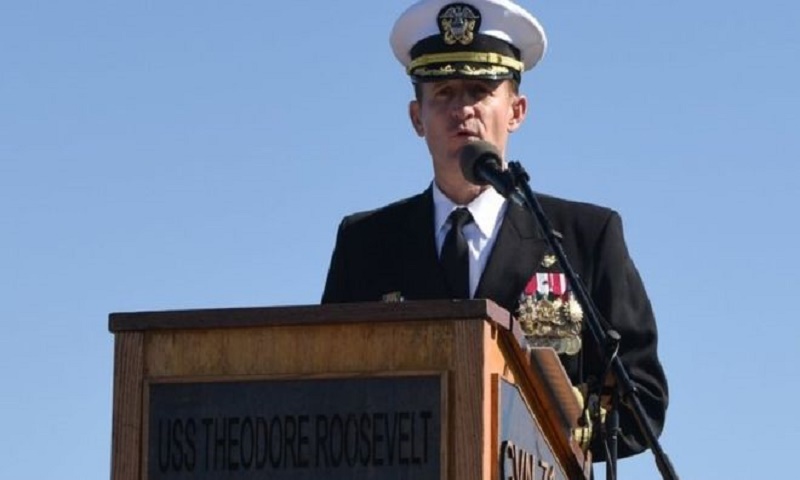 The commander of the USS Theodore Roosevelt has been removed after saying the US Navy was not doing enough to halt a coronavirus outbreak on board the aircraft carrier.

In a letter, Capt Brett Crozier had urged his superiors to act to prevent US troops dying outside of wartime.

At least 100 people aboard the vessel have been infected, reports say.

What did the US Navy secretary say?

On Thursday, Mr Modly told reporters that Capt Crozier was being fired for allegedly leaking the letter to the media, reports BBC.