Tourists stranded in India because of coronavirus lockdown 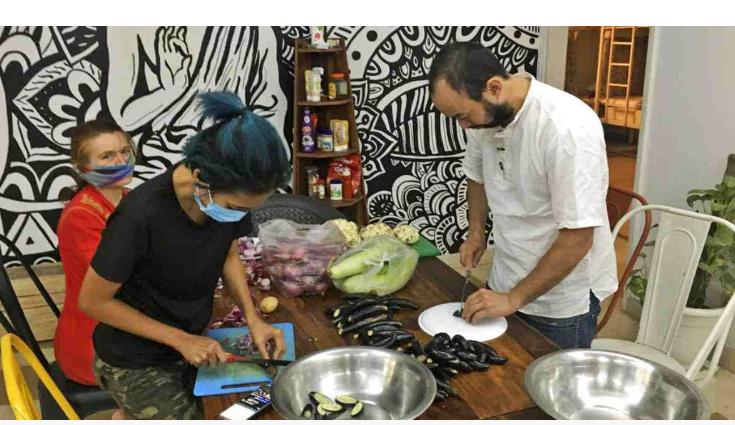 Tourists from Australia, Britain and Canada are stranded in India's capital after their vacations were abruptly ended by a three-week lockdown and international flights were halted because of the coronavirus.

Some said on Thursday that they are running out of money and hoping to be flown home with help from their countries' embassies in New Delhi.

Emma Snashford, a British tourist, said she has contacted officials in London but has been asked to keep waiting.

Snashford and her friend, Lambert Desrosiers Gaudette, a Canadian, said they were visiting Jodhpur, a town popular for its royal palaces, forts and temples, but were kicked out of their hotel shortly before India announced the lockdown on March 24. They moved to New Delhi and managed to find a hostel that opened its doors to 25 foreign tourists.

"We've been desperate for quite a while," said Gaudette, who is now trying to get on a French rescue flight.

"We have called the (British) embassy and we get put through to London and no one really knows what's going on. For the last week, we've just been told to sit tight, wait,'' Snashford said.

Stewart Dufty, an Australian disc jockey who arrived in India early last month, said he was very concerned about his family and elderly mother back home.

"I'm worried about how all of this is affecting them, I mean my mother is in her late 70s. And I do know that once I get back, I've got up to two weeks' quarantine. I'm happy to do that. I don't want to be a risk for anyone else there," Dufty said.

He said he was very short of money because he was unable to go to banks or a Western Union to get cash.

The Australian High Commission said in a statement Wednesday that "We are actively exploring options for a commercial charter flight for Australians to return. There is no guarantee and it will be difficult to achieve."

Australian tourists are also reported to be stranded in the western Indian city of Jaipur and in Mumbai, India's financial and entertainment capital.

India has halted all international flights until April 14, when the three-week lockdown is scheduled to end.