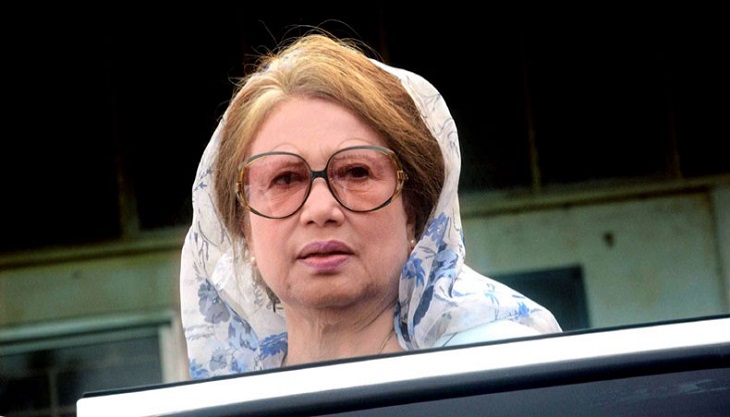 BNP on Thursday demanded police security at Firoza, the Gulshan residence of its chairperson Kaleda Zia.

The BNP chief has been there in the house since her release from jail on March 25 for six months on an executive order.

Rizvi said Khaleda’s personal secretary submitted an application to the Inspector General of Police (IGP) seeking police protection for her, but no step has so far been taken in this regard.

“I, on behalf of BNP, have request the IGP to take immediate steps to ensure the security of our leader Khaleda Zia,” he said.

On March 25, Khaleda was released temporarily keeping her sentences suspended following an executive order over 25 months after she had been convicted and sent to jail in graft cases.

The government passed the executive order for her release upon two conditions -- receiving treatment staying at her Gulshan residence and not leaving the country.

The 75-year-old BNP leader has been in quarantine now at her Gulshan residence.

About the coronavirus situation, Rizvi said though the government is saying everything is under its control, the western media are saying the next two weeks are very risky for Bangladesh while foreign diplomats and citizens are leaving the country.  “We’ll have to face serious consequences if we fail to contain the spread of the virus now with proper protective measures.”

He alleged that the real scenario of the coronavirus infection in the country is not getting exposed due to the government’s ‘hide-and-seek ’policy.

Rizvi voiced concern that the deaths of many people with the symptoms of coronavirus like cough, fever, respirator and cold-related problems are being reported every day by the media though the government said only one person died over the last two days.

The BNP leader said the government should focus on increasing coronavirus testing facilities and strictly enforce the lockdown and home quarantine to check the spread of the deadly virus.

“It won’t be possible to overcome a serious pandemic like coronavirus by concealing information. People should be encouraged to maintain the quarantine by providing them accurate information,” he observed.

He alleged that the government has arrested 12 doctors and BNP activists under the Digital Security Act for criticising the government’s ‘information hiding policy’. “We demand that the arrested be released immediately.”