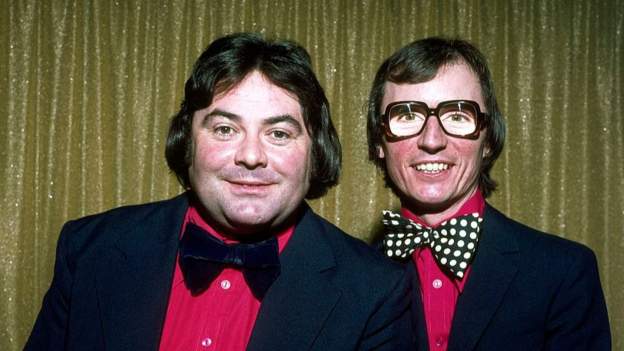 Comedian Eddie Large, best known for being half of British comedy duo 'Little and Large', has died after contracting coronavirus in hospital, his agent has confirmed.

The 78-year-old, whose real name was Edward Mcginnis, had been suffering with heart problems, his son Ryan added in a Facebook post.

Large and comedy partner Syd Little attracted audiences of over 15m in their weekly show, which ran from 1978 to 1991 on BBC One.

Many other well-known UK comedians paid their respects after his death was announced, including Michael Barrymore and Tommy Cannon.