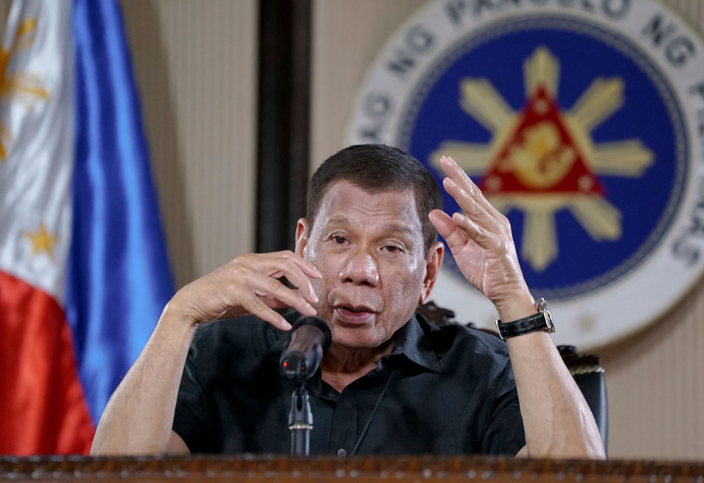 Outspoken Philippine President Rodrigo Duterte has warned that people who break quarantine and are "unruly" could be shot by law enforcement officers.

During a televised address on Wednesday, CNN Philippines reported the Philippine leader urged people to cooperate with quarantine measures.

But Duterte emphasized he would not tolerate those who threaten the lives of people working in law enforcement.

During the address, Duterte said, “My orders to the police, the military and the barangays: If they become unruly and they fight you and your lives are endangered, shoot them dead!”

Hours before Duterte made the address, there were protests about government food aid in the capital city, Manila, CNN Philippines reported.