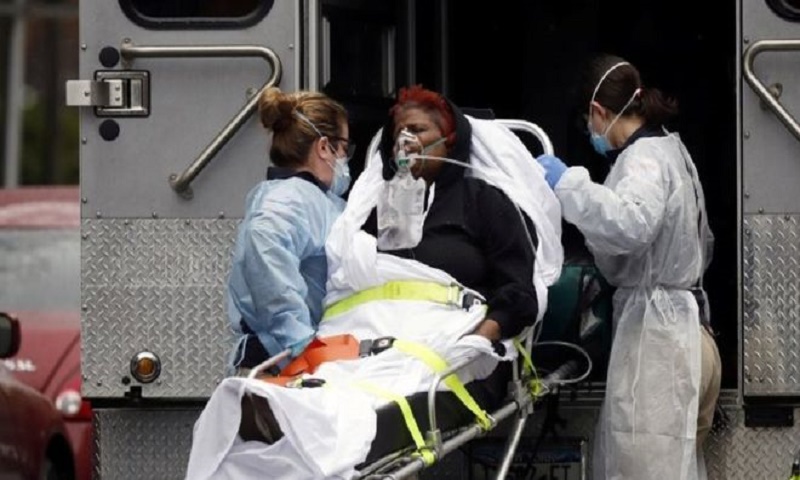 The US death toll from the coronavirus pandemic has gone above 5,000, Johns Hopkins University has said.

Earlier the university said 884 people had died in 24 hours - a new record.

Among the latest victims was a six-week-old baby. More than 216,000 are now infected - the world's highest figure.

Quoting officials in the Department for Homeland Security, the newspaper this had left the federal government and individual US states competing for safety gear, while the unprecedented demand had led to profiteering, reports BBC.

The Trump administration says it can acquire adequate supplies, and has $16bn (£13bn) available to do so.