BNP has no intention to help the government: Info Minister 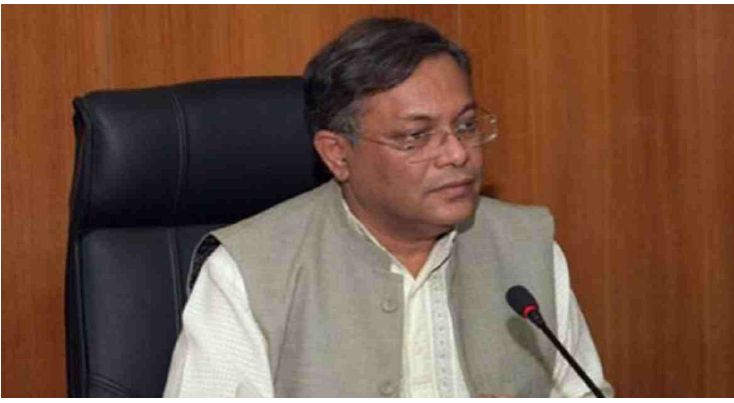 Information Minister Dr Hasan Mahmud on Wednesday alleged that the BNP’s goal is not to help the government but find its faults.

He made the allegation referring to BNP’s proposal of forming a national committee to fight against coronavirus outbreak in the country.

BNP Secretary General Mirza Fakhrul Islam Alamgir's comments are not for lending their helping hand to fight this crisis, he said.

“It's their (BNP) traditional nature. Their goal is to find out mistakes of the government,” he said.

“Only a few days ago their party leaders including Rizvi tried to raise questions against the government,” the minister said.

Bangladesh is doing better compared to other countries and the government is preparing to face any severe situation, he said.

“When the whole world has come to a halt, Bangladesh government is skillfully and patiently taking steps [to tackle the crisis],” the minister stated.