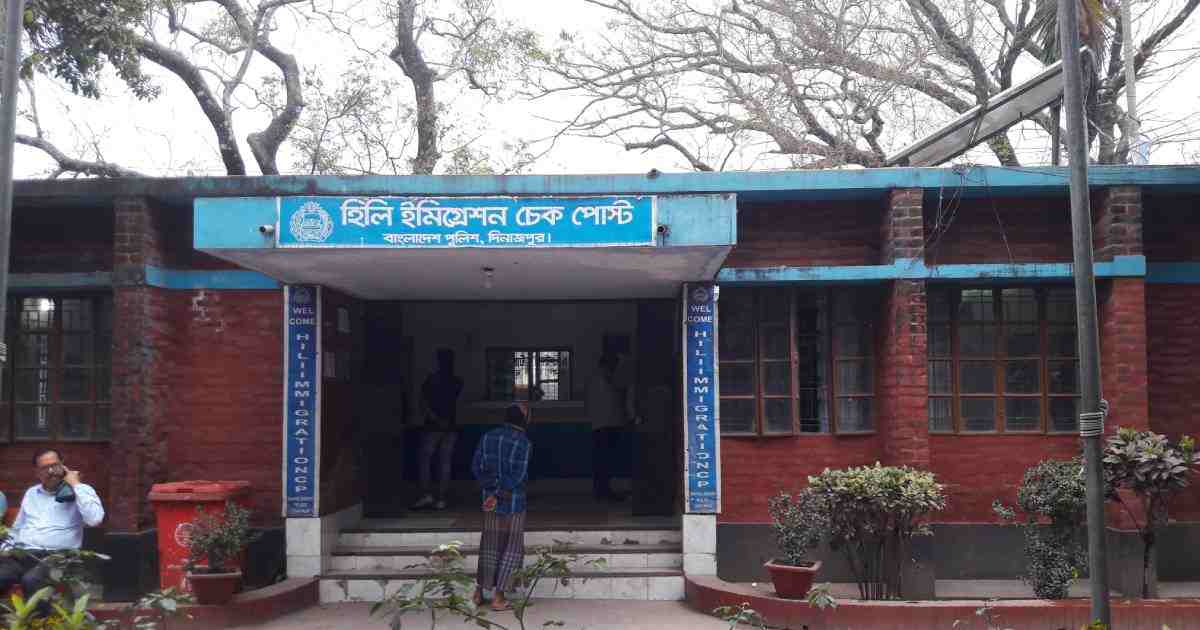 For the first time since 1972, no passenger crossed the border through Hili check post in Dinajpur on Tuesday as India is enforcing a countrywide lockdown and Bangladesh has limited the movement of people to contain the spread of coronavirus.

The check post, which resumed operation in 1972 after liberation, was not closed for a single day for crossing of passengers.

According to Hili Immigration Check post office source, after India reported coronavirus case, there were 600 passengers of both countries on daily basis. Most of them went to India from Bangladesh.

On Monday, only a Bangladeshi passenger returned to the country from India. After that, there was no passenger till 3pm Wednesday, said Md Sekandar Ali, officer-in-charge of the check post.

India suspended entry from March 13. Then after March 14, only citizens of two countries crossed the border, he said.

On March 24, India said it will not receive anyone including their citizens.

The OC said the check post remains always out of purview any government holiday. Passenger crossing remains normal during any holiday and festival.

But there was no passenger since Monday afternoon, he added.

Meanwhile, the government has announced the death of another coronavirus patient in the country. So far, Bangladesh has confirmed 54 cases and six deaths.

COVID-19, first reported in China, has so far infected 872,972 people globally and killed 43,275 of them, according to Worldometer.