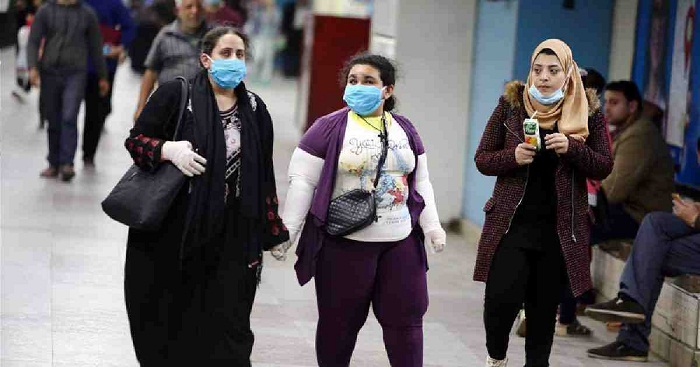 Egypt's Health Ministry confirmed on Tuesday 54 new cases of COVID-19, raising the tally of infections in the country to 710.

The death toll from the novel coronavirus rose to 46, after five more fatalities were confirmed, the ministry's spokesman Khaled Megahed announced in a statement.

Seven Egyptians were discharged from the quarantine hospital, raising the number of the recoveries to 157, Megahed said.

Earlier on Tuesday, Egyptian President Abdel-Fattah al-Sisi described the current results of the precautionary measures taken by the country to prevent the spread of COVID-19 as "good and reassuring."

Sisi's remarks came a week after the government imposed a two-week partial curfew nationwide from early evening to early morning as part of the anti-virus measures.

He urged all Egyptians "to continue seriously and strictly implementing these measures until we overcome the crisis."

Egypt has temporarily suspended schools, universities and all classes, halted flights, closed entertainment places, stopped mass prayers in mosques and churches, and shut down museums and archeological sites nationwide to control the spread of the pandemic.