Youth dies from fever in Narail 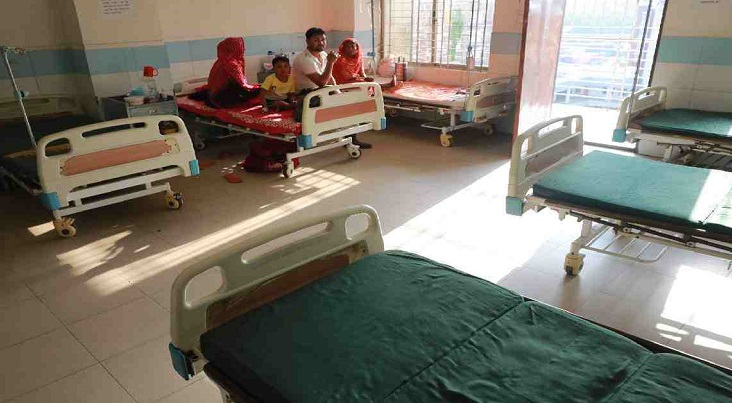 A young man, who had been suffering from fever and cold, died at Narail Sadar Hospital on Tuesday night.

The victim was identified as Shawkat Ali, 25, son of Omar Ali of Narail municipality area.

Quoting Dr Touhidul Islam, duty doctor at the hospital, UNB said Shawkat had been suffering from fever and cold for the last 3-4 days.

On Tuesday night, family members brought him to the hospital around 8:30pm, he said, adding that he died 15 minutes later around 8:45pm.

Dr Mashiur Rahman, resident medical officer of the hospital, said they primarily suspected that Shawkat died of a cardiac arrest as he was also complaining of chest pain when arrived at the hospital, reports UNB.