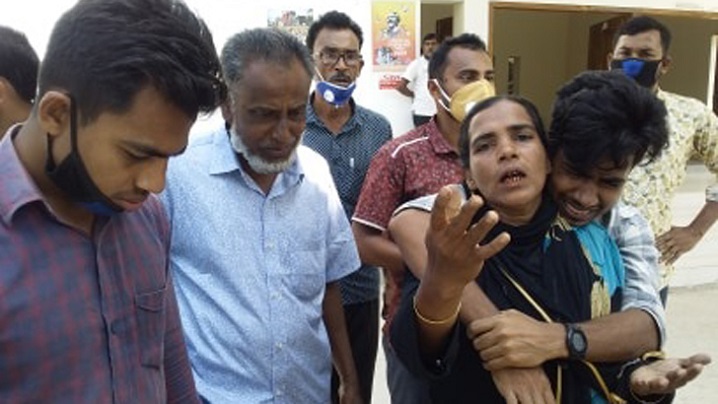 Family members of Sanu Hawlader, who died in custody at Amtali Police Station, on Tuesday alleged that police killed him for not paying bribe and later staged the drama of suicide to protect them.

They came up with the allegation at a press conference at Barguna Press Club.

Sanu’s son Nasir Hawlader said officer-in-charge (Investigation) Monoranjan Mistri demanded Tk 3 lakh to them after his father was taken to the police station following his arrest.

As they failed to arrange the money, Monoranjan along OC Abul Bashar tortured him brutally, he said.

His younger brother Sakib went to the police station with Tk 10,000 but he could not meet his father, Nasir said. “Police informed us about my father’s death in the morning of the following day.”

He also alleged that police did not allow them to see the body when they went to the police station. “However, when we managed to see the body, we found marks of brutal torture on it,” he added.

The family members demanded proper investigation into the incident and exemplary punishment of the OC.

Sanu’s three sons, a daughter and his wife were present at the press conference.

Police claimed that he committed suicide while family members and local upazila and union parishad chairmen said he was murdered.