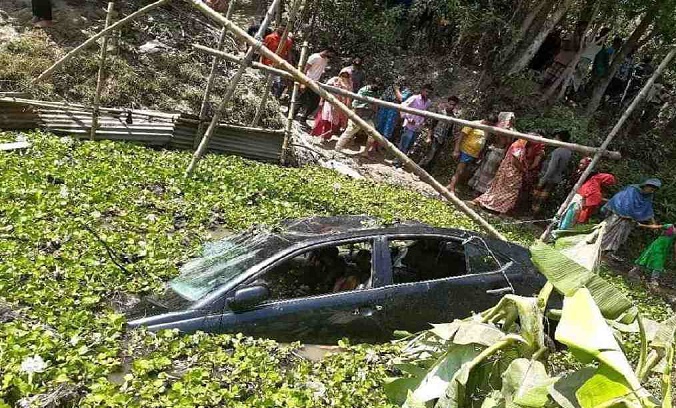 A couple and their car driver were killed as the vehicle plunged into a roadside canal in Bangra Bazar area of Muradnagar upazila in Cumilla on Tuesday morning.

The deceased were identified as Saddam Hossain, 27, son of Rafiqul Islam  of Julaipar village in Nabinagar upazila of Brahmanbaria district, his wife Parvin Akhter, 24 and their driver Abdur Rahman, 28, hailing from Kabirhat upazila of Noakhali district.

Md Kamruzzaman Talukder, officer-in-charge of Muradnagar Police Station, said  the accident took place around 11am as the vehicle skidded off the road and fell into the canal after the driver lost control over the steering , leaving them dead on the spot.

On information, police recovered the bodies, said the OC.

The couple was going to Nabinagar from Chattogram, he said.