Covid-19: Anger as migrant workers sprayed with disinfectant in India 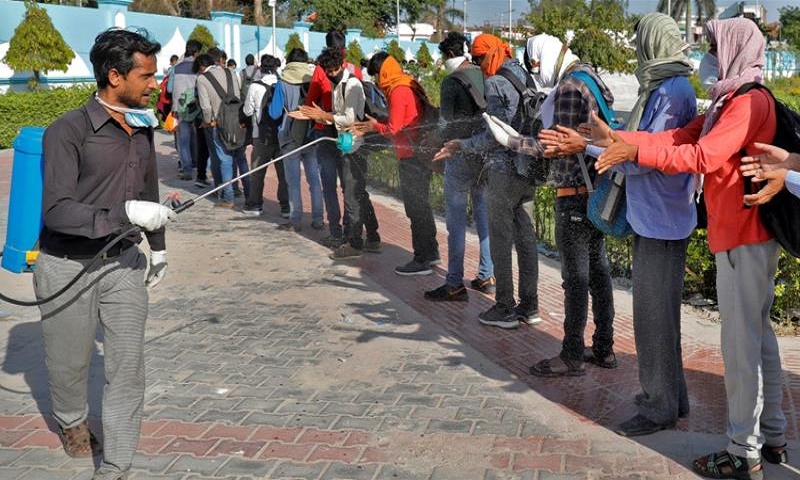 An investigation has been launched after a group of migrant workers were filmed being doused in a "chemical solution" by Indian officials.

They are understood to be migrants who returned to the city of Bareilly, in the northern state of Uttar Pradesh, reports BBC.

They are among millions who have returned to their home villages amid a nationwide, three-week lockdown.

The move is supposed to stop the spread of coronavirus, but there are fears the returnees may spread the virus further.

The video - which has been viewed nearly 400,000 times after it was uploaded by a Times of India journalist - shows the group squatting on the ground while medical and fire department officials dressed in hazmat suits spray them with a "chemical solution".