Coronavirus: Trump says US in good shape to meet 'peak' 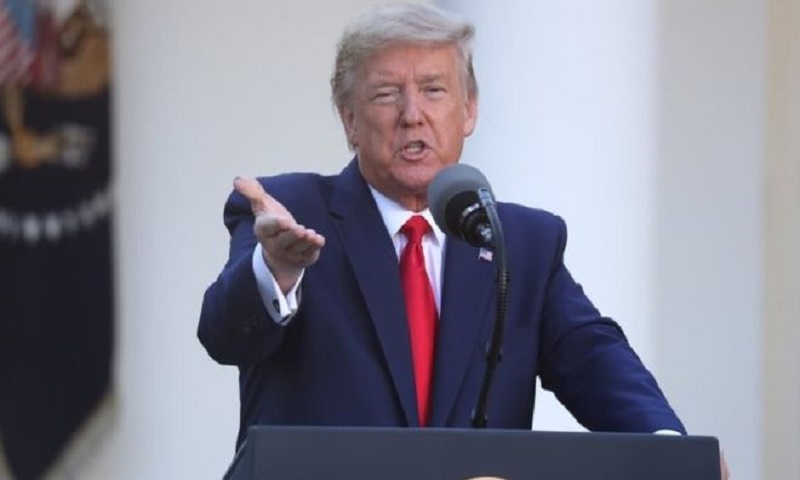 Donald Trump has said the US will be in "a very good shape" in terms of the number of ventilators available by the time the coronavirus outbreak peaks.

The president said at least 10 US companies were now making the medical devices, and some might be exported.

The virus can cause severe respiratory issues as it attacks the lungs. Ventilators help keep patients breathing.

New York City is the worst-hit place in America, with 914 confirmed fatalities, according to Johns Hopkins University.

The US last week became the country with the most reported cases, ahead of Italy and China.