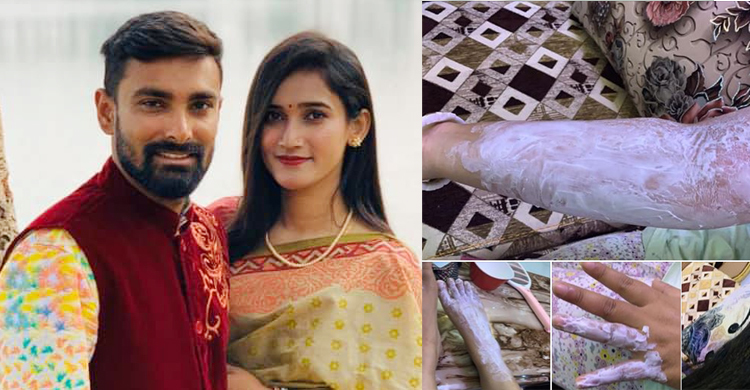 The newly married wife of Bangladesh cricket star Liton Das sustained burn injuries in a fire caused by a cylinder blast in her house on March 27.

In the post, Sanchita wrote that she sustained injuries on her right hand.

Earlier on April 19, Liton got engaged to Devasri Biswas in Dinajpur.

Later on July 28, he got married to Sonchita in a Community Centre at Mirpur in the capital. Sonchita is now studying at Sher-e-Bangla Agricultural University.