Panama to allow coronavirus-affected cruise ship to pass through canal 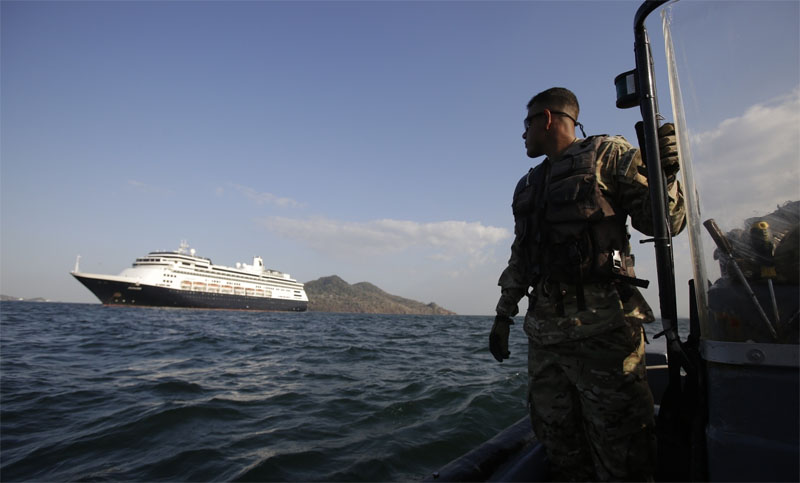 Panama’s government on Saturday gave permission to a cruise ship on which four passengers have died to travel through its canal, a day after blocking the liner over coronavirus fears.

The government said it decided to allow the ship to pass “to provide humanitarian help” but stressed that “no passenger nor member of crew can disembark on Panamanian soil.”

The Zaandam cruise ship has been stranded at sea since March 14 after several South American ports refused to let it dock due to dozens of people aboard having shown flu-like symptoms.

Earlier Saturday, Panama’s maritime authority said healthy passengers were being evacuated from the Zaandam to another liner, the Rotterdam.

More than 130 people, both passengers and crew, have been taken ill on the Zaandam, which had more than 1,800 people on board.

“The transfer of asymptomatic passengers from the Zaandam cruise liner to the Rotterdam has begun,” the maritime authority told AFP, without giving details about the numbers.

Maritime Affairs Minister Noriel Arauz had told AFP that 401 passengers who had tested negative for COVID-19 would be allowed to leave the Zaandam.

People who were ill and those who had been in contact with them will not be transferred.

Arauz said he expects the Rotterdam to return to San Diego, where it left to come to the Zaandam’s aid with food, medicine, testing kits and medical staff.

The Zaandam is heading to Fort Lauderdale in Florida but must pass through the Panama Canal to reach it.

Authorities had denied access to the canal on Friday due to the ill people aboard, leaving it stranded in Panama’s Pacific territorial waters.