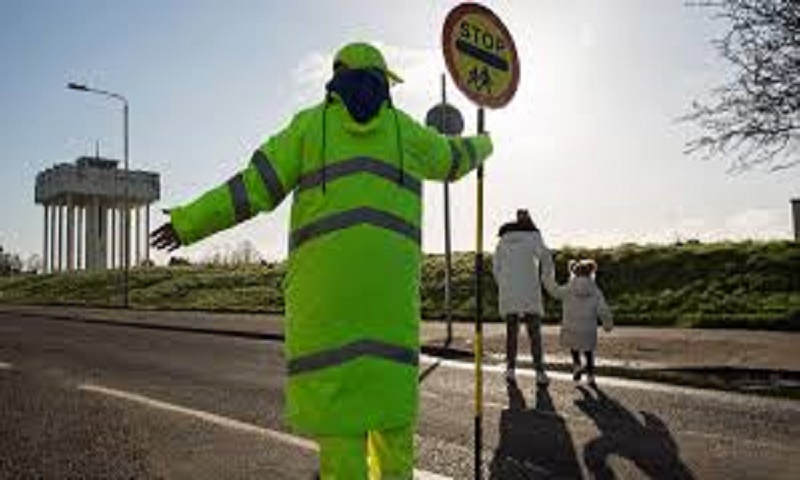 In 1898, two German bacteriologists Friedrich Loeffler and Paul Frosch found evidence that the cause of foot-and-mouth disease in livestock was an infectious particle smaller than any bacteria. This was the first clue to the nature of viruses and its genetic entities that lie somewhere in the grey area between living and non-living states. Coronavirus disease (COVID-19) has been identified as humanity’s new foe, with the potential to prematurely end millions of lives. International Committee on Taxonomy of Viruses (ICTV) named the virus relevant to this disease as “severe acute respiratory syndrome coronavirus 2 (SARS-CoV-2)”.

There are different types of coronaviruses that cause illness ranging from the common cold to more severe diseases such as Middle East Respiratory Syndrome (MERS-CoV) and Severe Acute Respiratory Syndrome (SARS-CoV). The later one is a new strain that was discovered in 2019 and has not been previously identified in humans. Coronaviruses are zoonotic, meaning they are transmitted between animals and people. It is around 125 nanometres across and consists of 30 genes. It can be seen under an electron microscope. Several known coronaviruses are circulating in animals that have not yet infected humans. Common signs of infection include respiratory symptoms, fever, and cough, shortness of breath and breathing difficulties.

In more severe cases, infection can cause pneumonia, severe acute respiratory syndrome, kidney failure and even death. It is now a major global health threat. As of 23 March 2020, there have been 350,076 cases and 15,927 deaths confirmed worldwide. Global spread has been rapid, with 198 countries now having reported that they are affected. However, 100,645 have also been recovered from the disease. Out of currently infected patients 95% are in mild condition and 5% are in critical condition. This article suggests some intervention strategies, which is based on the recent epidemiological modelling study carried out by Imperial College COVID 19 response team.

On 18 March 2020, the Royal Society, an independent scientific academy of UK has shut down their building. The seriousness of the problem has then been realised. Some suggests that to understand the virus we need to compare it with the French emperor Napoleon Bonaparte. In the early 19th century, Bonaparte invaded much of Europe in order to establish French dominance over the continent.

Viruses can only exert influence by invading a cell, because they're not cellular structures. They lack the ability to replicate on their own, so viruses are merely tiny packets of DNA or RNA genes enfolded in a protein coating, on the hunt for a cell they can dominate. Once a virus infects a cell, it tries to take over its host completely, much as Napoleon spread the French influence with every country he fought. Viruses themselves have no fossil record, but it is quite possible that they have left traces in the history of life. It has been hypothesized that viruses may be responsible for some of the extinctions of species seen in the fossil record.

The human body does have some natural defences against a virus. But in this case, the virus can reproduce inside our body for days without triggering our immune responses. In case of COVID-19 symptom like fever and coughing are actually due to our immune system fighting back but virus delays this with extra genes it carries. Researchers thought that if they could understand the extra genes that COVID carries, then it would be useful to build antiviral medicine. However, development of a new vaccine requires at least 12-18 months. Because it needs to follow certain steps such as develop a prototype, animal trials, phase 1 human trials (to check side effect), phase 2 human trials (to check efficacy), phase 3 human trials (to evaluate efficacy and safety), regulatory approval, mass production and then public access.

Two fundamental strategies have been suggested by the epidemiological modelling studies. One is mitigation and another is suppression. The aim of mitigation is to use non-pharmaceutical interventions and slowing the spread of epidemic diseases. This will reduce the healthcare demand while protecting those most at risk of severe disease from infection. Vaccines and drug can come under this strategy if available but where no such things available, then population immunity builds up through the epidemic, leading to an eventual decline in case numbers. Unfortunately for humans, some viral infections outpace the immune system. Viruses can evolve much more quickly than the immune system can and some viruses, such as HIV, work essentially by tricking the immune system.

The aim of suppression is to reduce the reproduction number and hence to reduce the case number to low levels and gradually eliminate human to human transmission. Optimal non-pharmaceutical intervention policies include case isolation in the home, voluntary home quarantine, social distancing of those over 70 years of age, social distancing of entire population and closure of schools and universities. Juan Leon, an environmental health scientist at Emory University suggests that the studies show common household disinfectants, including soap or a diluted bleach solution, can deactivate coronaviruses on indoor surfaces.

The main difference of the two strategies are that whether a country aims to reduce the reproduction number, R below 1, which is suppression or to merely slow spread by reducing R, but not below 1, which is mitigation. The main challenge suggested by the epidemiological study is that the non-pharmaceutical interventions need to be maintained for as long as the virus is circulating in the human population or until a vaccine become available. The research suggests that the population-wide social distancing applied to the population as a whole would have the largest impact and when combined with other interventions as mentioned above, there is a potential to suppress transmission below the threshold of R=1. The main problem of this approach is that these intervention policies will need to be maintained until large stocks of vaccine become available, otherwise transmission can rebound back to the wider population.

The Imperial College research suggests that ‘there are very large uncertainties around the transmission of the virus, the likely effectiveness of different policies and the extent to which the population spontaneously adopts risk reducing behaviour.’ A word of caution about the transmission modelling based advice is that a measurable uncertainty or risk is different from an un-measurable one and that uncertainty has no effect on the conclusion drawn from the modelling output. Tolstoy, in his book ‘War and Peace’ mentioned that ‘all we can know is that we know nothing. And that is the sum total of human wisdom.’ Indeed this is the situation about coronavirus. So far we understood about the anatomy of a COVID-19 is that it has several features such as RNA enclosed in protein, spike protein and lipid membrane, which we may be able to target with drugs to break it down and stop it entering human cells.

In the UK it was initially thought about the implementation of mitigation strategy but epidemiologists suggest that it could cost 250,000 deaths. Then it has been agreed that the epidemic suppression is the only viable strategy at the current time. In terms of intervention strategy, it has gone beyond this research and added the closer of all pubs, restaurant and cafes as well. An alternative opinion is that the suppression strategy will last many months and try to save everyone everywhere from this virus but it will kill many people by other means such as killing economy and also killing our future.

A research published in the Science journal (16 March 2020) titled ‘The substantial undocumented infection facilitates the rapid dissemination of novel coronavirus’ suggests that the estimation of the prevalence and contagiousness of undocumented novel coronavirus infections is critical for understanding the overall prevalence and pandemic potential of this disease. Using reported infection within China in conjunction with mobility data and using Bayesian statistical techniques, they inferred that 86% of all infections were undocumented prior to 23 January 2020. These findings explain the rapid geographic spread of SARS-CoV2 and indicate that the containment of this virus will be particularly challenging.

There are other hypotheses also floating around such as the causal link between 5G network and corona virus spread around the globe. Though Public Health England has said that there is no “convincing evidence” that exposure below the International Commission on Non-Ionizing Radiation guidelines can cause adverse health effects. These guidelines go up to 300GHz, whereas the maximum for 5G will probably only be in the tens of GHz. Dean Koontz’s fiction The Eyes of Darkness also generate some interest, where a character named Dombey narrates an account of a virus called ‘Wuhan-400’ which was developed at the RDNA lab outside the city of Wuhan, and ‘it was the four-hundredth viable strain of man-made microorganisms created at that research centre’. The passage then gives intricate details about how the virus affects the human body. The chilling accuracy with which this 1981 book predicts the outbreak and the resemblance between ‘Wuhan-400’ and Coronavirus is a mystery for many and demonstrate how a science fiction become so powerful. However, the claims about coronavirus being a biological weapon are unsubstantiated.

There are some good things also coming out from the coronavirus. A Stanford University study suggests that air pollution kills about 1.1 million people in China each year. The fall in pollution during the country’s lockdown likely saved 20 times more lives than it has currently lost. In London, air pollution has also gone down. So, the current problem is pushing us to a green living. A good piece of news for Bangladesh and other humid region is that the high temperature and humidity cut the transmission of COVID-19. So summer and rainy season could damp down the pandemic.

Victor Hugo once said, ‘Where the telescope ends, the microscope begins. Which of the two has the grander view?’ I think we need to understand the invisible organism better than what we know now in order to take a holistic view of our existence in this earth. We need more evidence in this area of research. We should know that the absence of evidence is not the evidence of absence. However, we all hope that virus will go its own way and humanity will survive, but if we don’t think carefully about our present decision, then our decision about isolation on the one hand and global solidarity on the other hand will become incompatible. On the one hand, keeping our freedom for our survival and on the other hand giving up our freedom to safeguard our health - time will tell which is better. We should think with optimism about our world after coronavirus.