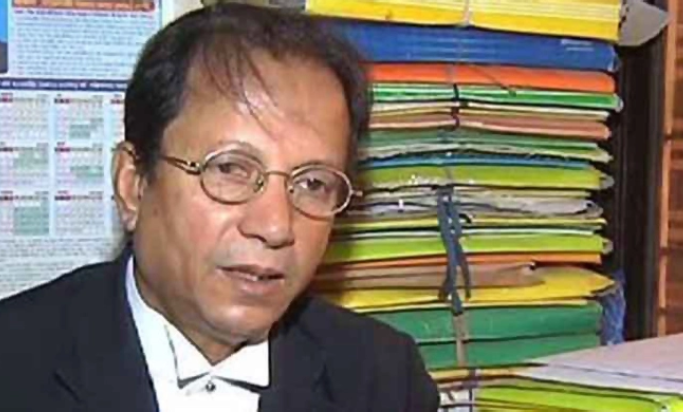 He said the lawyer suffered brain haemorrhage before the 11th national election in 2018 and received treatment at the National Institute of Neurosciences & Hospital in the city for a long time.

Later, he was sent to Singapore for better treatment and returned home with little improvement in his health condition.

Sayrul said Sanaullah was admitted to Gonoshasthaya Kendra Hospital on Thursday as his condition badly deteriorated.

He said the lawyers is survived by wife, two sons, one,daughter and a host of relatives and admirers to mourn his death.

Sanaullah came to the spot light during the 1/11 political changeover in 2007 as he defended Khaleda in different cases as her lawyer.