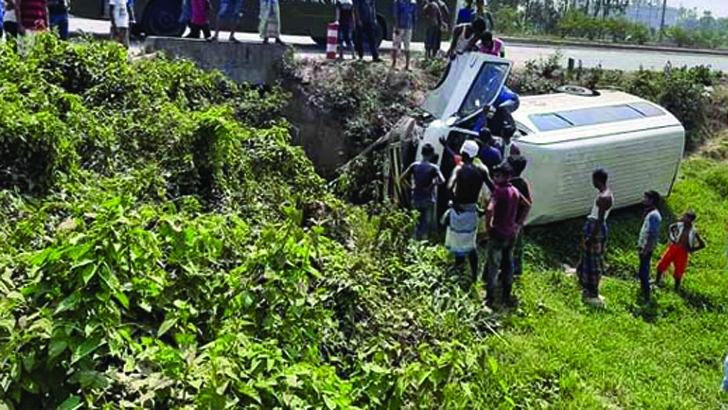 Seven people, including five Russian consultants, were injured after a microbus plunged into a road side ditch in Sonapara area of Mirsarai upazila in Chattogram on Friday noon.

The Dhaka-bound microbus of GPH Ispat Limited from Chattogram fell into the road side ditch after its driver lost control over its steering in the area, leaving them injured, said Firoj Hossain, in-charge of Jorarganj Highway Police Outpost.