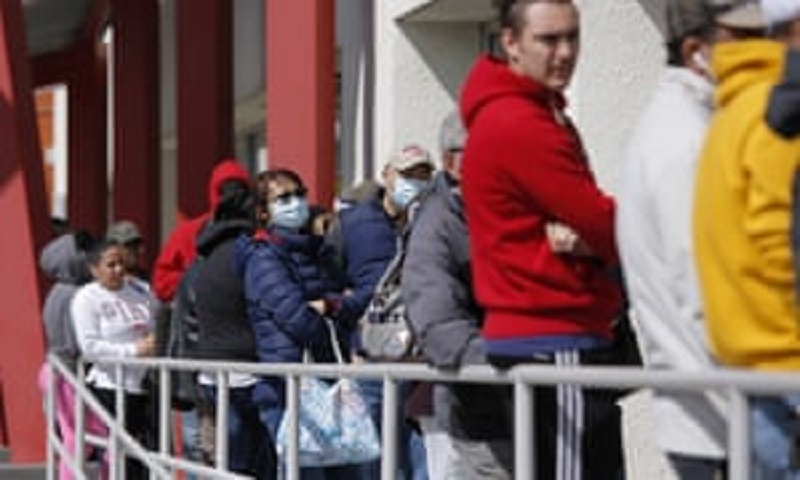 The number of Americans filing for unemployment has surged to a record high as the economy goes into lockdown due to the coronavirus pandemic.

Nearly 3.3 million people registered to claim jobless benefits for the week ended 21 March, according to Department of Labor data.

The rush overwhelmed many state offices handling the claims and signalled an abrupt end to a decade of expansion.

The shift comes as officials in states across the country close restaurants, bars, cinemas, hotels and gyms in an effort to slow the spread of the virus.

Car firms have halted production and air travel has fallen dramatically. According to economists, a fifth of the US workforce is on some form of lockdown, reports BBC.

Nationally, the figures are nearly five times higher than the worst point of the 2008 financial crisis.