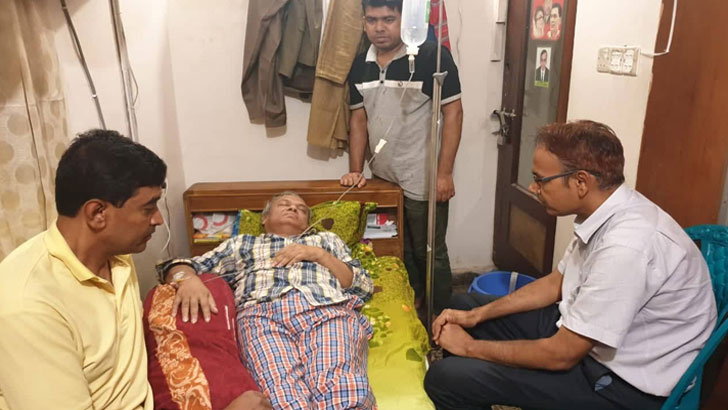 The BNP leader had stayed at the party office for 786 days.

The BNP leader earlier informed that he will not leave the office until the release of Khaleda Zia and accordingly he had been staying there for a long time.

During his stay in office of the BNP, Ruhul Kabir Rizvi felt sick on many occasions and also was assaulted on the street. But he did not leave the office. Attending day-long events, he returned to office for stay at night.

Sources disclosed that Rizvi was given a room in the office that comprised some essential  furniture.

It may be mentioned that BNP Chairperson Khaleda Zia on Wednesday got conditional release for six months from the jail. And BNP leader Ruhul Kabir Rizvi also took the decision to leave the office after the release of the party chief.